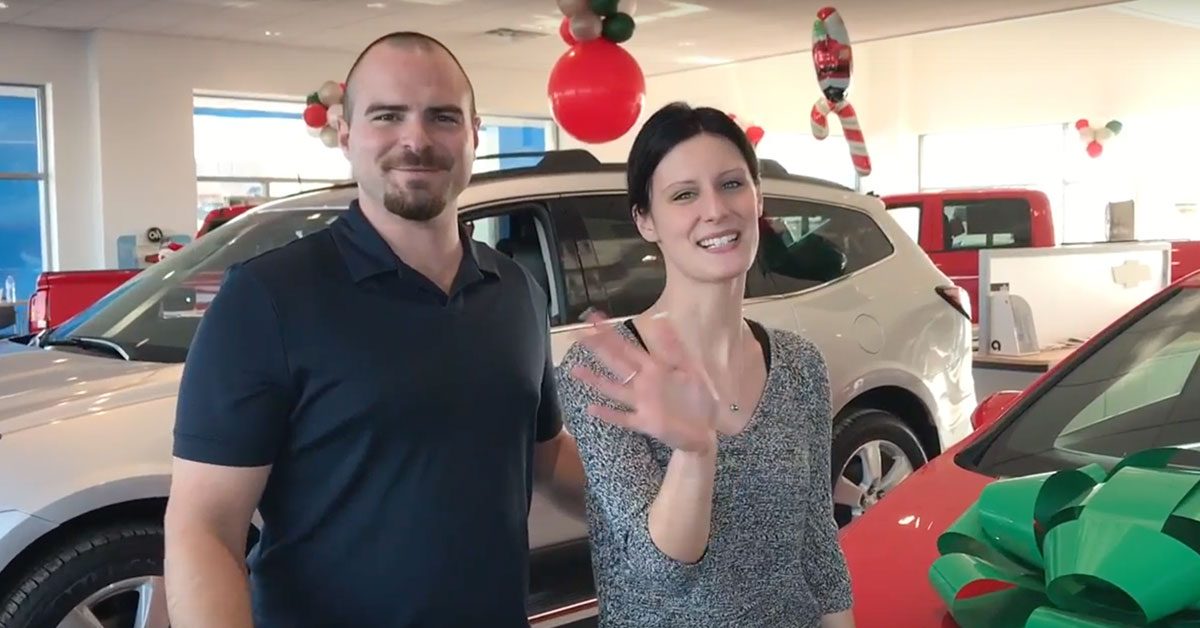 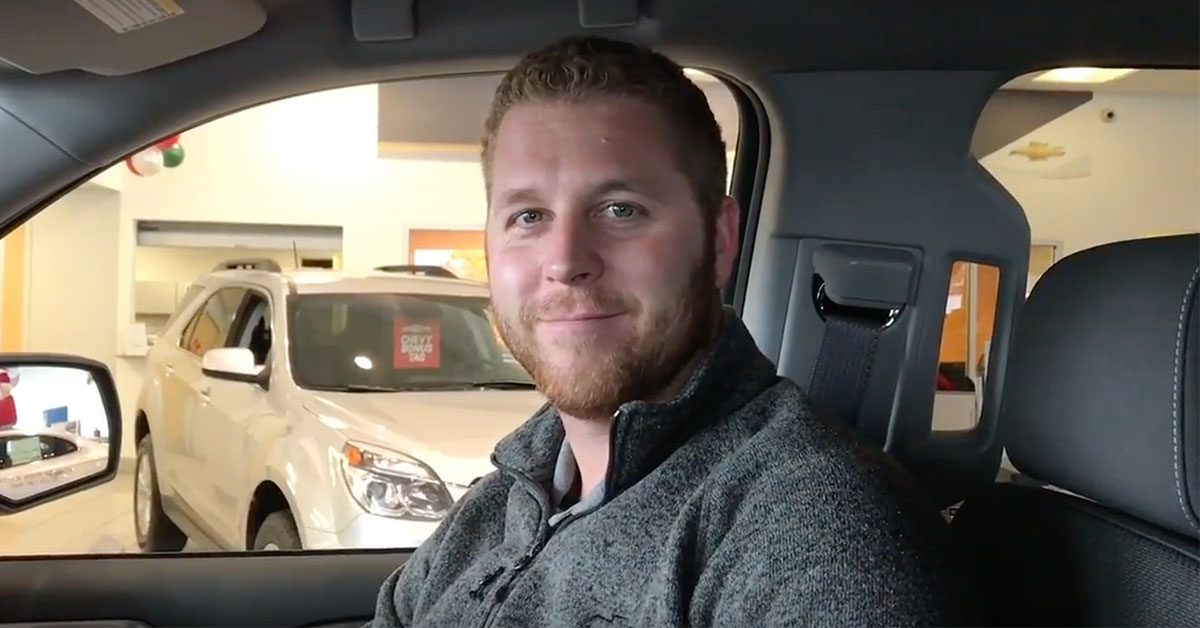 How to text from your Chevy – Apple Car Play, Siri and Chevrolet video featuring Danny Cardinal and Ron Westphal Chevrolet.

Did you know that you can safely send and receive texts from behind the wheel of your car, truck or suv?  If you have a newer Chevrolet and a compatible smartphone, staying in touch while driving has never been simpler.  Danny Cardinal show us how easy it is to stay plugged in.

Have Fun. Save Money. You can do both at Ron Westphal Chevrolet.

Buying a new or used vehicle here is an enjoyable, no-hassle experience. Our Chevrolet product specialists will exceed your expectations before, during and after the sale.

We are a recently renovated (family-owned) Chevy dealership located in Aurora, IL near Plainfield, Naperville and Oswego. Other nearby towns include Bolingbrook, Joliet, Sugar Grove, Elburn and Yorkville.

We are a full service dealership with an extended-hours Service department. Our Parts & Accessories department is large and well-stocked. Visit us today…Oil Changes do not require an appointment.
Service/Parts is open daily 7-7 and 8-4 on Saturdays.  Can’t stick around?  No problem!  Ask about our FREE current model year service loaners.*

Ron Westphal Chevy is very popular with Chicago, IL residents due to our massive new, GM Certified and pre-owned inventory. And, we are less than 1 hour away from anywhere in the Windy City.

Thanks to Danny Cardinal for starring in this how to text video!

*Must be 25 years or older with a valid driver’s license.  See a Ron Wespthal Chevy service writer for complete details and qualifications.

Thank to Veterans.  “Thanks to all who put—and have put—on the uniform looking for nothing in return. The selfless act of serving our country deserves the highest level of respect and gratitude we have to offer. When I see a veteran in public, my frown or bad mood turns into a grin and happiness knowing that our country is safe because of these men and women. May peace always be with you.” –Giovanni Moujaes

The entire staff at Ron Westphal Chevrolet salutes all our Veterans and their familes–past, present and future.

Veterans Day Cash Back Bonus Tags are here and they’re bigger than ever.  And, we’ve got’em on all the most popular models.

Visit www.WestphalChevy.com to browse our inventory.  Or, call our customer care team at 630-898-9630 to schedule a no-obligation test drive. 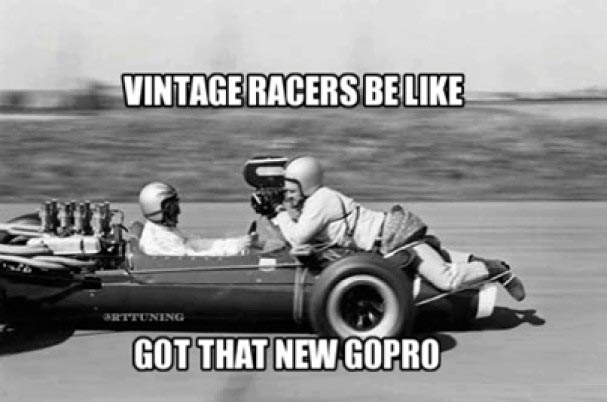 Looking for the latest automotive technology?  We’ve got it all right here at Ron Westphal Chevrolet in Aurora, IL.

*0% x 72 month financing is a stand-alone program that is not compatible with bonus tags or other programs.  Plus tax, license and fees.  Well-qualified buyers must be approved by lender.  On remaining new/demo 2016 Chevrolet models except ‘L’ models.  Must take delivery from dealer stock by 10-10-16.  See dealer for details. 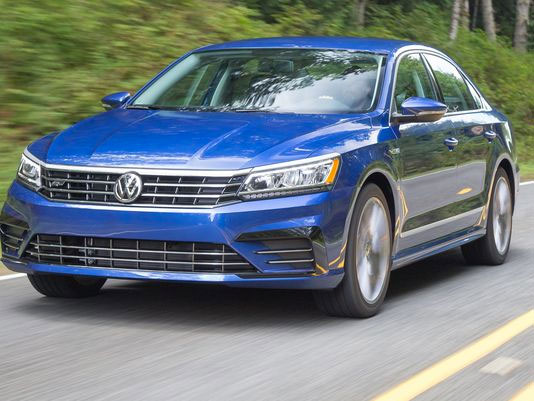 The EPA’s gas mileage ratings for 2017 will make some folks change their minds about which vehicle to purchase.

New-car shoppers will see mileage numbers on the window stickers of many 2017 model-year cars that are lower than their 2016 predecessors, even though the cars have no mechanical or aerodynamic differences.  It’s due to a change in the way that the Environmental Protection Agency calculates window-sticker gas mileage in an effort to better reflect real-world mileage, according to the agency and automakers.

The change could meaningfully affect EPA ratings on nearly 30% of all new cars, a Cars.com analysis of 2017 model-year EPA data indicates.

The analysis looked at the top 75 best-selling vehicles through July with no mechanical or aerodynamic changes. Out of that group, there were 84 variations of individual vehicles (the V-6 versus the four-cylinder, for example). Twenty-three of those, or 27.4%, received a lower EPA highway and city combined driving mileage rating for the 2017 model year.

The revisions could cause consumers to change their minds about models. Bill Meyer, a Kansas City attorney, saw that the 2017 Volkswagen Passat that he has been eyeing fell 4 miles per gallon, from 38 mpg to 34 mpg, in its EPA highway mileage rating, and 2 mpg combined.

“When I looked at the window sticker, I thought, ‘Wow, this is taking a big hit,'” Meyer said. “Why is there such a mileage discrepancy? Thirty-four is not nearly as interesting to me as 38. So it’s making me rethink my decision.”

Models seeing the drop of a single mile per gallon in their combined ratings included versions of Honda Accord, Toyota RAV4 and Hyundai Sonata. Versions of the Volkswagen Passat and Toyota Camry Hybrid fell by 2 mpg in combined highway and city driving.

The recalculation means shoppers cannot compare 2017 mileage numbers to their 2016 predecessors, but Cars.com has learned the EPA plans to address this soon with updates to its website that will allow shoppers to compare the new numbers with models as far back as the 2011 model year.

Real-world mileage shouldn’t change for drivers, but the EPA ratings could fall noticeably in the agency’s biggest adjustment since it issued sweeping changes to window-sticker mileage ratings nearly a decade ago.

The analysis turned up more changes than in the EPA’s own checks into gas mileage on 2016 model-year cars. The agency ran 1,209 fuel-economy results from the 2016 model year through the agency’s updated calculations. Just 15% of that group — 186 variations — fell by 1 mpg in combined. Thirteen, or about 1%, increased by 1 mpg. The combined mileage stayed the same for the remaining 84%.

EPA figures are seldom whole numbers, so rounding can mask — or exaggerate — actual changes. Some cars may actually see their values increase, the EPA notes, but the difference is “so small and subtle” that the perceived change could be more the result of rounding.

“Some of those changed because they were 26.4 before and now they’re 26.6 after,” says Byron Bunker, director of the compliance division at the EPA’s Office of Transportation and Air Quality. “When you change these methodologies you’ll move some more for rounding.”

When the EPA issued its broad update of fuel-economy ratings back in 2008, it required automakers to go from two testing cycles to five, adding tests for things such as cold-weather operation, higher speeds, faster acceleration and air-conditioning usage. It also tried to reflect other real-world factors such as road conditions and wind.

Still, a lot of automakers stuck with two-cycle testing and applied what’s called a “curve fit” — a mathematical correction that aligns the results from two cycles to a hypothetical five-cycle test. The EPA developed the math from data it gathered from 2002 to 2006.

“The manufacturer can choose to run all five or run just the city-highway [cycles] and just apply the curve fit,” explained Ryan Harty, who manages Honda’s environmental business development office. “Not all labs have that [five-cycle] capability, and I think EPA recognized that.”

If you have any additonal questions, please don’t hesitate to call our Customer Care Team at 630-898-9630.  Thanks!