Are you looking for your own award winning vehicle?  Visit our showroom on the corner of Route 30 and Route 34 in Aurora, IL or online at www.WestphalChevy.com.  Our customer care team is always happy to answer any questions you may have or provide pricing quotes etc.  You may call them at 630-898-9630.

General Motors is reducing the cost of its OnStar 4G LTE data plans by up to  50%, the automaker said today.

Since 2014, most GM models have come with 4G LTE Wi-Fi connection if owners subscribe to OnStar after a three-month trial period, which is free along with 3 gigabytes of data use. After that, OnStar packages range from $200 to $350 a year.

“As more people embrace the technology, it brings down the cost of entry for all users,” said Laura Keck, OnStar’s subscriber marketing manager. “With these lower prices, we expect even more customers to use 4G LTE connectivity.”

GM partners with AT&T to deliver the in-vehicle connectivity.

If you are looking for a vehicle with 4GLTE, please visit our website or drop by our showroom.  Thanks!

For more information on the new plans and pricing, go to www.onstar.com/us/en/4glte-subscriber.html.

What is Meet Graham?

MEET GRAHAM IS THE ONLY PERSON DESIGNED TO SURVIVE ON OUR ROADS.

Meet Graham is an awesome website experience created by a group of incredibly talented folks.

Graham is a fictional human character created to withstand an automobile accident.  Graham is interesting and educational.  Discover just how modified your body would have to be to withstand a severe impact.  You owe it to yourself to VISIT GRAHAM’S WEBSITE.

In case you are NOT Graham, Westphal Chevy offers a wide variety of 5-star safety rated cars, trucks, vans, suv’s and crossovers.  Visit Westphal Chevy ONLINE or drop by our showroom.

The 2016 Z71 Trail Boss builds on the fit and functionality of the 2015 version. Bold and trail-ready, the new Z71 Trail Boss features Black 17-inch wheels wrapped in aggressive Goodyear DuraTrac® tires and a new sport bar with LED lighting, meaning that your adventures don’t need to end at sundown.

2017 is going to be a very good year for Trax.  Chevrolet has refined and updated this small crossover.  We expect America to embrace the changes and make Trax the number 1 selling compact crossover.  2017 Chevy Trax Changes include:

Trax will also offer new available safety features such as:

The all new 2017 Chevrolet Trax is available for order now.  Expect to see the 2017 Chevy Trax Changes this fall.

Visit Ron Westphal Chevrolet to find out more about the 2017 Chevy Trax.

CHICAGO – Building on its early success and the rapid growth of the segment, Chevrolet today introduced the 2017 Trax – a more expressive take on one of America’s best-selling small SUVs.

“In the fastest-growing segment, Chevrolet Trax’s momentum is sure to continue with great design enhancements, premium details, and the latest technologies,” said Steve Majoros, director of marketing, Chevrolet Cars and Crossovers. “Features such as Apple CarPlay and Android Auto compatibility and four new active safety features offer customers more than most competitors – and at an entry-level price.”

With sales of 63,303 in 2015 – its first full year on the market – the Trax quickly climbed to the second-best-selling small SUV in America. It is also ranked in the top three globally, achieving more than 400,000 sales in 73 markets since its launch in late 2012. China and the United States are its top markets.

In the United States, more than half of Trax’s customers with a trade-in turned in something other than a Chevrolet. Trax also attracts nearly 60 percent female customers – the highest percentage in the brand’s entire lineup.

“With the Colorado and Trax, Chevrolet and our dealers are able to offer brand-new entries in fast-growing segments, which helps bring new customers to Chevrolet,” said Majoros. “And with other new vehicles such as the Cruze Hatchback and Bolt EV, we will continue to attract new customers to the Chevrolet franchise and continue to grow market share, as we did in 2015.”

The 2017 Trax goes on sale this fall, offered in LS, LT and new Premier trims.

The Trax’s fresh, contemporary appearance reflects the modern face of Chevrolet around the globe. A new grille and headlamps echo the styling elements seen in new Chevrolet models such as the Malibu, Cruze and Volt.

At the rear is a new fascia and dual taillamps, with the Premier model featuring LED signature lighting. The Premier is also offered with new 18-inch aluminum wheels.

A modified instrument panel is the foundation for the 2017 Trax’s premium interior enhancements. It interprets Chevrolet’s signature dual-cockpit design more expressively, with an upper dashboard hood that flows uninterrupted across the panel to enhance the perception of spaciousness.

“Customers will really notice the elevation in the Trax’s interior design and attention to detail,” said Kim. “It’s an environment that transcends segment boundaries, offering rich, premium appointments and seamless integration of the technologies they rely on most.”

Also new for 2017 is the instrument cluster, which features a new gauge display with prominent analog speedometer and tachometer readouts along with digital displays from the standard driver information center.

With the 4G LTE connection, Trax allows passengers to connect up to seven personal devices such as smartphones, laptops and tablets, to high-speed wireless Internet. Keyless Open and Start also add to the Trax’s roster of available new technologies.

New active safety features are designed to help alert drivers to potential crash situations. They are available depending on the model and include:

Founded in 1911 in Detroit, Chevrolet is now one of the world’s largest car brands, doing business in more than 115 countries and selling more than 4.0 million cars and trucks a year. Chevrolet provides customers with fuel-efficient vehicles that feature engaging performance, design that makes the heart beat, passive and active safety features and easy-to-use technology, all at a value. More information on Chevrolet models can be found at www.chevrolet.com. 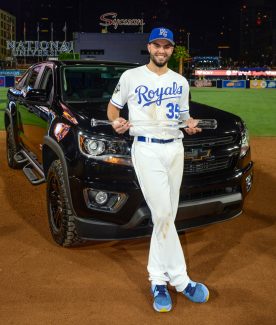 Looking for your own Colorado Diesel Midnight Edition?  Call our customer care team at 630-898-9630 or visit our website.

How to find the right used car:

How to find the right used car.

Have you ever bought an article of clothing that looks absolutely fantastic on you…but doesn’t have much hangar appeal?  The Golden Rule Try It Before You Buy It applies to cars too.  Don’t rule out a used vehicle until you’ve driven it.  After all, you are going to spend most of your time inside the vehicle driving it, not standing on the outside staring at it.

So even if the vehicle isn’t the most attractive…when you’re behind the wheel you barely see the vehicle’s exterior.

Ok, so you might see a little of the hood…but that’s only a tiny bit.  And, how much do you really care if the tail lights look a little weird or the hub caps are the wrong shape?  What really matters is how you feel when you are driving it.  Is is comfortable?  Does it have the features you wanted?  Does it handle well?  How does driving it make you feel?

How to find the right used car:

Is it the color?

There are some folks that feel gold, white or silver metallic are conservative exterior vehicle colors.  Even if you prefer a darker color, don’t rule out a lighter shade.  The golds and silvers out there look a lot cleaner for a lot longer than dark blues and blacks.  How much money will you save if you only need to wash your car once a month instead of once a week?  Lighter color vehicle exteriors (including white) hide dirt and dust much better than their darker counterparts.  And the interiors of lighter colored vehicles remain cooler versus darker exterior colors.

And there again, while you are driving the car you can barely see the exterior.  So if the interior is in great shape with the features you want and it drives really well… don’t rule it out just because it’s not your favorite exterior hue.

Still not 100% sure?  Ask to keep the vehicle for an extended test drive or take it overnight.  Ron Westphal Chevrolet encourages you to spend quality time in your potential new vehicle prior to your purchase.

1996 Corvette Sale Ron Westphal Chevrolet!  Why not have fun this summer in this Vintage true American Muscle Coupe.