Congrats to Cynthia and daughter, Alicia, from Joliet, getting ready to take their 2021 RS Traverse, home with them!
They did a 2-car trade to give them extra space in the garage.
Welcome to the Ron Westphal Chevrolet Family!  Assisting them was salesperson Richard Graham and sales manager Don Friedel.
Looking for a vehicle?  Please feel free to browse our inventory.

These days, car buyers typically want a vehicle that can do it all – haul cargo, go fast, be easy to drive, and everything in between. And while many seek those characteristics in the modern crossover segment, the Chevy El Camino was arguably one of the first models to offer such a combo. Which begs the question – what would a modern Chevy El Camino look like? Now, one digital artist has answered with the following rendering. 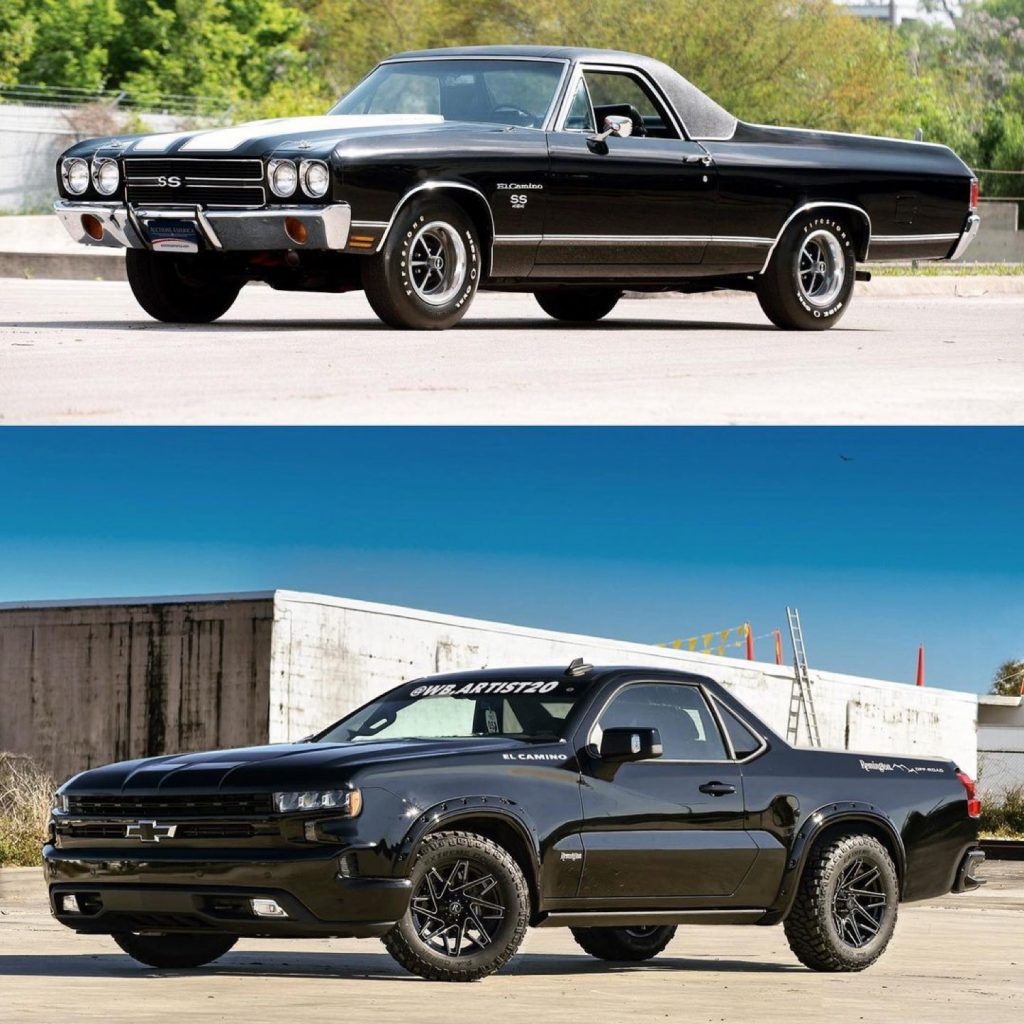 Coming to us from automotive artist Oscar Vargas, who posted his work to social media via the @wb.artist20 Instagram feed, this modern Chevy El Camino rendering looks to take after the third-generation Elco in terms of proportions and sizing, with a low, wide stance, rectangular body panels, a cab placed in the middle of the body, and a short bed in back.

However, to bring the Chevy El Camino rendering into the modern day, the artist then pulled styling from the latest fourth-generation Chevy Silverado 1500 pickup truck, which was introduced for the 2019 model year. 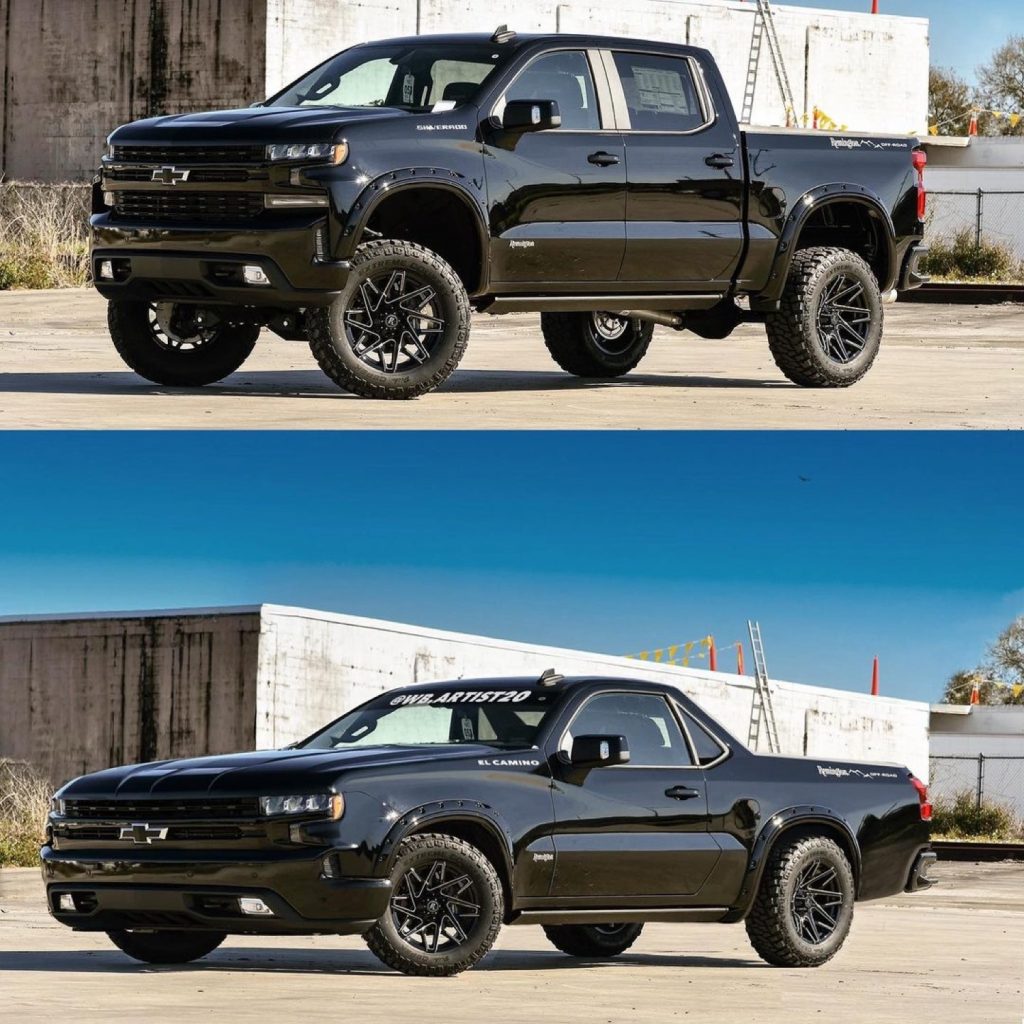 The Silverado’s influence is most obvious up front, where we find the Silvy’s telltale fascia design was squeezed down to a more car-like stature. This includes the Silverado’s horizontal headlamps, rectangular grille, and lower bumper section as well.

Moving into the sides, this modern Chevy El Camino rocks a set of fender flares with a rivet-style surround. There’s also a pickup/SUV-style shark fin antenna on the roof above the driver’s side door, as well as the Silverado’s sideview mirrors as well. 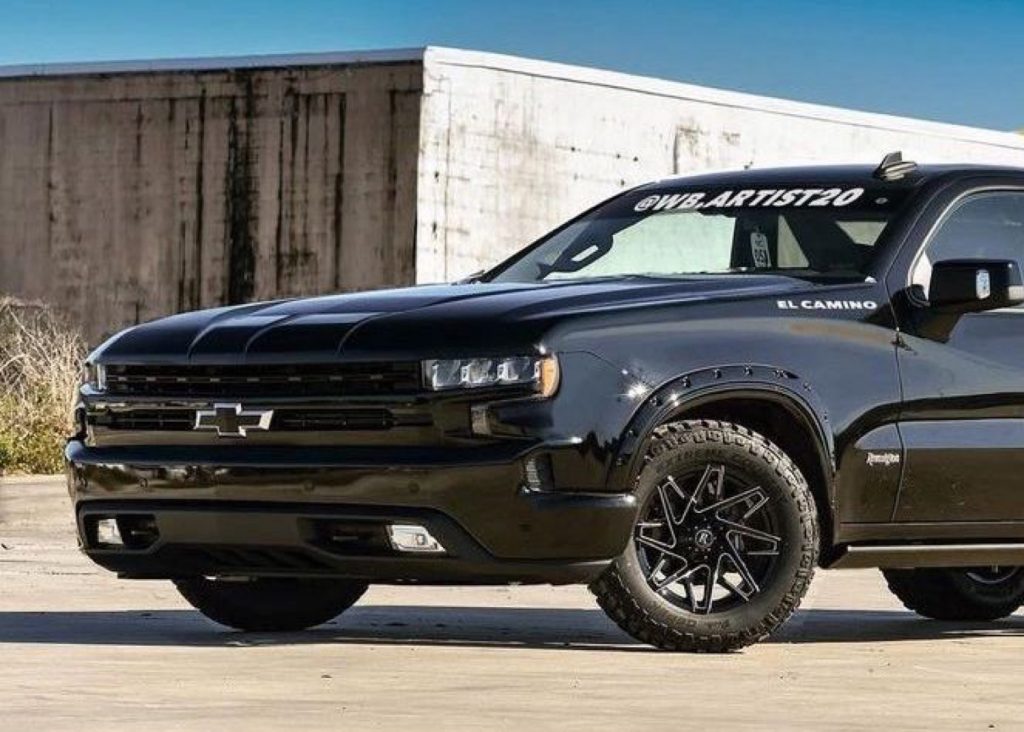 In the corners, the artist brought over a set of Remington wheels, a popular choice among pickup truck owners and off-roader enthusiasts, while wrapping the rollers in knobby tires that look ready for action in the dirt.

Finishing it off is a step up in the rear bumper, while the whole thing is covered in black paint.

Now, the question is – could something like this make a dent in the crossover segment?

This week is Rick’s 2 year anniversary celebrating when he joined the Ron Westphal Chevrolet sales team.  We are proud to have him working for us and look forward to a bright future for Rick.  He always is in good spirits and his clients just love him.  He remains calm at all times and is an employee we can count on every. single. day.

Thanks Rick!  Thanks for choosing Ron Westphal Chevrolet.