Body-on-frame SUVs are a dying breed, but GM’s truck-based family of utility vehicles are damn near everywhere on the roads. For good reason, too; their primitive underpinnings provide for some major capability, whether it’s hauling people or horse trailers or whatever. But ubiquity doesn’t mean perfection, and resting on one’s laurels for too long never turns out well. For 2021, the Chevrolet Tahoe and its Suburban, GMC Yukon and Cadillac Escalade siblings pick up some major refinements that add some yachting flavor to these boats. 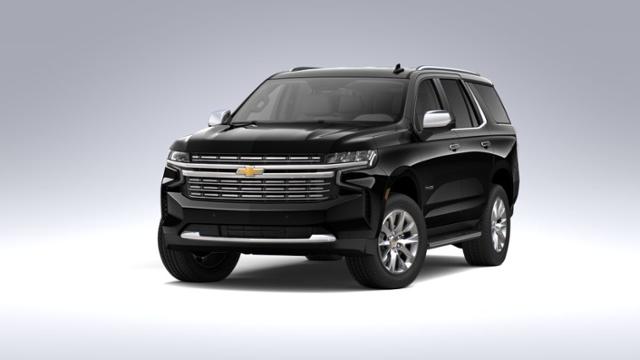 When the latest generation of GM’s pickup trucks came out, the response was… a smidge tepid. The exterior was on the Seinfeld side of breathtaking, and the interiors felt stagnant, with too few changes over the previous generation. The 2021 Tahoe, by comparison, just gels. Chevy‘s corporate front end front end looks far more imposing on the Tahoe, and a few strong character lines break up some of the slab-sided look that comes with an SUV this big.

And yes, this thing is massive. The Tahoe’s new body is about 7 inches longer than before, with a wheelbase extension not far behind. The result is an absolute boatload (groan) of cargo capacity and interior space. Cargo space is up 66% behind the third row to 25.5 cubic feet, thanks in part to a load floor that’s nearly half a foot lower, but it’s not like that space comes at the expense of passenger comfort. Those in the way, way backs get an extra 10 inches of legroom, something my 6-foot frame immediately appreciates. I’ve lived in smaller studio apartments. The first and second row are precisely as voluminous as you think, too.

So where did all this extra space come from? The answer is three letters that would give any “creative” accountant pause: IRS. To further differentiate the big-boy SUVs from their truck siblings, General Motors swapped out the ol’ stick axle in favor of an independent rear suspension. Not only does this offer up all manner of space, it vastly improves the ride quality.

Make no mistake, you won’t forget that there’s a truck hiding under this boxy shell. Some of the traditional body-on-frame judder is present over more severe bumps, but by and large, the ride quality falls within the positive definition of nautical. My High Country tester comes standard with GM’s excellent Magnetic Ride Control magnetorheological suspension, but it’s enhanced further with a $1,000 adaptive air suspension that is absolutely worth the cost of entry. Both low- and high-speed cruising take place in a cushioned, comfortable state that eats up road nastiness. It’s the most luxurious GM’s full-size SUVs have ever felt — as my tester damn well should, given its shocking as-tested price of $81,845.

he rest of the Tahoe’s underpinnings also stress smoothness. The High Country’s engine is the largest offered on Tahoe, a 6.2-liter V8 churning out 420 horsepower and 460 pound-feet of torque, with an exhaust note that’s more than a little Corvette-inspired, especially at full clip. That eight-pot works well in conjunction with its 10-speed automatic transmission, hopping through the gears with ease. The pedal modulation is dead simple, making for smooth starts and stops. Of course, a lump this big tends to be thirsty, and the EPA’s estimates of 14 miles per gallon city and 19 mpg highway reflect that.

That stuff is all well and good, but the biggest and best improvements in the 2021 Chevy Tahoe are found inside. Further separating itself from its trucky family, the Tahoe’s interior is much closer to a passenger car, with a modern “floating” infotainment screen and a dashboard design that is actually interesting for a change. The High Country trim errs on the luxurious side (and at $72,000 to start, it’d better), with soft leather just about everywhere. The push-button transmission controls on the dash face take some getting used to, but as far as child’s-toy-lookin’ toggles go, these are king of the hill. There’s still a whole bunch o’ switches, something GM will probably struggle with until the heat death of the universe, but they’re put in sensible places and are legible at a glance.

As you might expect, there are ten trillion places to store your junk in the Tahoe. The door pockets have multiple layers to better separate items, and while my tester’s under-armrest cubby feels shallow, that’s actually not a bad thing. For $350, you can option an electric sliding center console, which slides aft to give the second row better access to this storage space. Sliding the console back also reveals a hidden compartment that will be an excellent place to store one’s valuables. I don’t generally get smitten with gimmicks, but this one is pretty sweet, and you can have it for a song. If I don’t need the third-row seats, I can fold them flat using the buttons overhead, a nice touch.

GM’s vehicles already come with a solid complement of dashboard tech, and the Tahoe is no exception. My tester’s center screen measures 10 inches and runs the automaker’s latest infotainment system, which is quick to respond and laid out well. Wireless Apple CarPlay and Android Auto are on offer, and all trims except the base LS get a standard Qi induction charger. It’s not like there aren’t ports in here, though; the front row gets two USB outlets (one USB-A, one USB-C), and the second and third rows each carry dual USB-Cs. Short of a barbiturate dispenser, access to device chargers is probably the best in-car addition to keep the kids quiet on long trips to the lake house.

For whatever reason, Big Bowtie has generally been pretty stingy with its safety systems, but the Tahoe packs a number of standard driver-assistance aids, including automatic emergency braking, lane-keeping assist, blind-spot monitoring, parking sensors and a suitably high-def backup camera. A $3,355 Technology Package bolsters that with adaptive cruise control and a radar-based automatic braking upgrade. Up to nine cameras can cover just about every angle of the Tahoe, and a top-down view on the infotainment screen is basically necessary when trying to park something the size of an office building.

How do you make a truck better than a truck? By putting a whole lot more into it than usual. The 2021 Chevrolet Tahoe has almost completely separated itself from its roots with the addition of key upgrades like an independent rear suspension and a well-thought-out interior. Those with large families or the need for more capaciousness than most walk-in closets will not be let down with this latest generation of full-size SUVs, which is now fully positioned as a 21st-century hauler.

Thanks for reading about 2021 Chevy Tahoe What’s New.

The 2021 Chevy Colorado is in stock and it’s on sale too!

The new 2021 Chevy Colorado has arrived on our lot!  And, it’s on sale.  Not only are we reducing the price but GM is offering an additional $750 off if you qualify for the GM Loyalty program.  Click on the picture to find out more.

GM Loyalty is a program geared to reward GM owners and lessees.  You must own or be leasing a 2006 or newer light duty GM vehicle to qualify.  A light duty car, suv or truck is fine and there’s no need to trade it in.  You can even transfer this offer to another individual that lives with you.  For additional information please call our Customer Care Team at 630-898-9630 or visit our showroom.

Thanks for reading about the 2021 Chevy Colorado is in stock and it’s on sale too article.  We appreciate it.

Hello! We’ve been having some vehicle picture issues on our website at https://www.westphalchevy.com . Our vehicle pics are NOT showing up when they should so make sure to click to the details page or call our Customer Care Team at 630-898-9630 to verify availability. We apologize for the inconvenience and GM is working hard to correct the problem as soon as possible. Thanks! 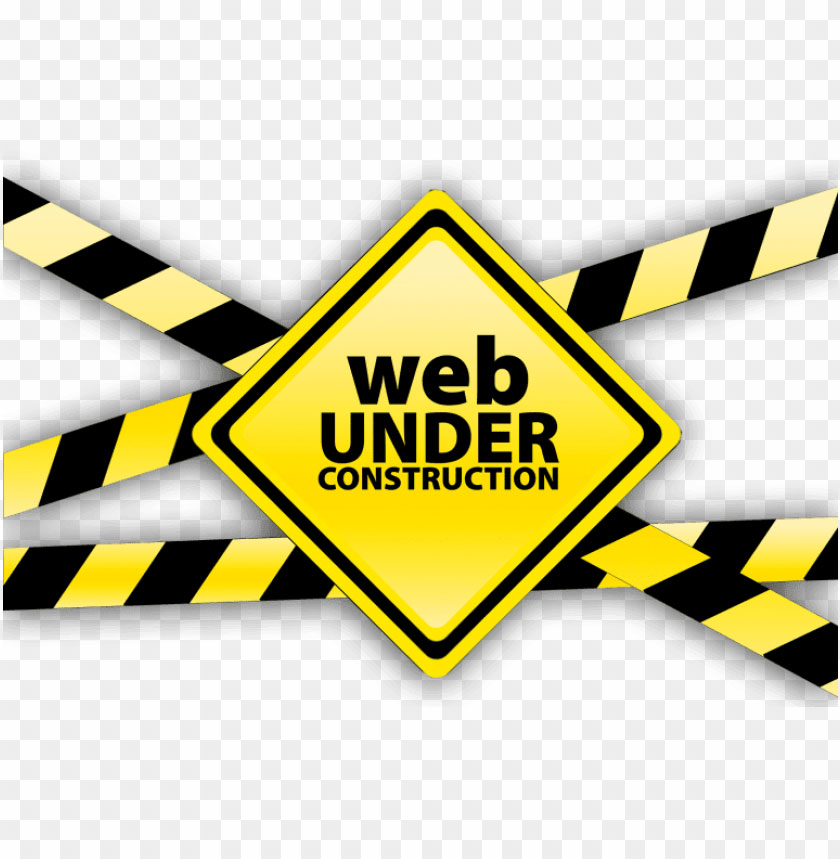 2020 Chevy Trax all wheel drive gets a price drop

GM has recently lowered the window sticker of all new and demo 2020 Chevrolet Trax models that are all wheel drive.  LS trim levels are reduced by $780 and LT/LTZ trim levels are lowered by $880.

This may or may not be reflected in the window sticker or the web price.  When GM changes prices without notice, it can be difficult to keep up.  So, make sure to ask your salesperson if the pricing reflects the new, lower price.

The Trax is Chevrolet’s entry level suv, available in front and all wheel drive.  Automatic and air conditioning is standard along with power windows, locks, mirrors and much more.  Clients love the Chevy Trax for its low price tag, its barely-there maintenance schedule and its ability to maneuver in and out of tight parking spaces.  For additional information feel free to call our Customer Care Team at 630-898-9630 or visit our showroom.

Ron Westphal Chevy is located in Aurora/Oswego, IL.  Actually, part of our dealership is in Aurora and part is in Oswego.  It drives Google a little crazy when you try and get directions but you can always call us at 630-898-9630 and we’ll get you here safe and sound.

Thanks for reading about 2020 Chevy Trax all wheel drive gets a price drop.