Our staff encourages you to watch this 2018 Chevy Equinox Video.

Customers will appreciate the performance of the 2 new turbo charged gas engines.  Also new for 2018 Equinox is an available turbo diesel!  The new diesel is a 1.6-liter turbocharged four-cylinder with gutsy low-end power. With an estimated 136 horsepower and 236 pound-feet of torque it looks to be plenty of fun to drive.  Furthermore, it offers an estimated 40 miles per gallon on the highway.

We hope you enjoyed this video.  If you have any questions or would like additional information, please don’t hesitate to call our Customer Care Team at 630-898-9630 or visit our Website at www.WestphalChevy.com 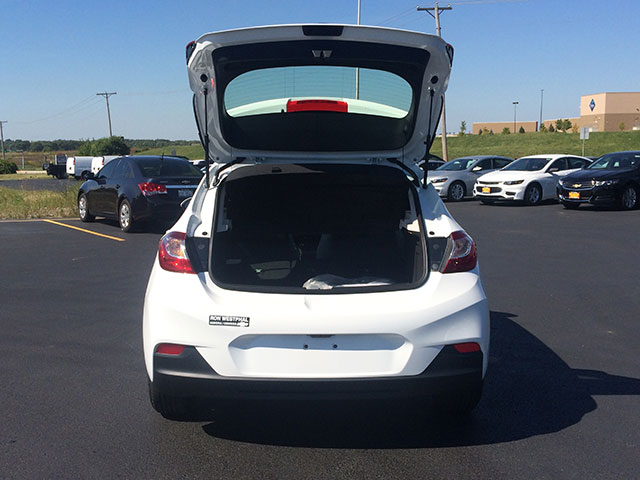 We just received another shipment of hatchbacks!  2017 Cruze hatchback specs and pictures from Ron Westphal Chevy.

The 2017 Cruze hatchback features a different roof and rear end design – including wraparound tail lamps and a built-in spoiler on the upper portion of the lift gate.

Fold down the rear seat to get additional cargo space that expands to 47.2 cubic feet.

The Cruze H/B backend isn’t technically refrigerated though, although the air conditioning does blast icy-cold and if you crank it up, I guarantee you’ll be saying “Brrrrrr” in no time. END_OF_DOCUMENT_TOKEN_TO_BE_REPLACED

The new 2017 Chevy Cruze has arrived at Ron Westphal Chevrolet in Aurora IL.

Westphal Chevy got another shipment of new 2017 Chevy Cruze Hatchback models and this is a quick video of one that just came off the transport truck.

Test drives are free, fun and no obligation so what are you waiting for? Stop by our showroom today.

Why not see and drive a new 2017 Cruze Hatchback in person? Visit us in Aurora, IL near Plainfield and Naperville. We are located on the corner of Routes 30 and 34 in Aurora, IL. Our dealership is 1 hour or less from Chicago, IL and worth the trip. 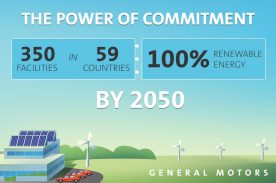 General Motors plans to generate or source all electrical power for its 350 operations in 59 countries with 100 percent renewable energy — such as wind, sun and landfill gas — by 2050.

Stop by our showroom, say “Hi” and meet Raul Rosario, salesperson at Westphal Chevy.  Raul recently joined our sales team and we are glad to have him aboard.

Helpful and knowledgable with an easy/low-key manner, Raul makes a great addition to our sales staff.  He speaks fluent English and Spanish and is looking forward to serving you.

Westphal Chevy has served the Aurora area for over 30 years.  Located one hour or less from Chicago, we get a quite a few client from the Windy City. Exceptionally clean and unique vehicles draw our clients out from Chicago and the surrounding suburbs.  Because we stock a wide variety of new and pre-owned vehicles the odds are strong we’ll have your perfect vehicle in stock.

Our vehicle managers are always on the hunt for exceptional pre-owned vehicles.  We don’t hesitate to pay more for a squeaky clean , one-owner trade-in.  And, you can sell us your vehicle even if you aren’t buying.  Start shopping now on the Westphal Chevy Website!  Or, if you are more video oriented-browse our vehicles and how-to videos on our YouTube Channel.

If you are looking for a special new Chevrolet, you need to put Westphal Chevy on the top of your list.  Our new car manager takes great pride in ordering a wide mix of new vehicles.

Our nearest neighbors include Plainfield and Naperville, IL.  We are located on the corner of Routes 30 and 34.

Due to a computer error at General Motors…0% apr has been extended. This was not a planned event.  GM had a computer malfunction that kept the Bonus Tags from being announced on time.  Due to GM’s boo-boo, our clients benefit by having both Bonus Tags and 0% apr to choose from at the same time!  Usually these incentives do not overlap.  But, in this rare instance, customers have a win-win choice on their hands.  They can choose Bonus Tag Cash Back or 0% apr for up to 72 months.

It’s not just Corvettes that have massive Cash-Back.  You receive over $10,000 back on many new Silverado models.  And, Equinox, Malibu, Cruze, Trax, Traverse etc., all have extra large amounts of Bonus Tag Cash Back.

Additional incentives available in September include:  Lease Specials.  Gm is offering very attractive lease specials on nearly every 2017 Chevy model. Call our Customer Care Team at 630-898-9630.  We will be happy to give you a personalized lease quote based on your preferred vehicle.

And, with both 2016 and 2017 models on the lot right now, our clients have even more choices available to them.

Want to do some pre-shopping?  Visit our website to browse our inventory.  Visit Shop-Click-Drive to get a personalized quote. 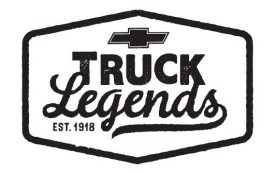 Chevrolet today launched Truck Legends, an exclusive community recognizing customers in the heart of truck country who have helped make Chevrolet Trucks some of the most iconic trucks in America.

Is it worth it to put nitrogen in our tires?  Is there any advantage to nitrogen?

Sort of. From the top: Air is 78 percent nitrogen, just under 21 percent oxygen, and the rest is water vapor, CO2 and small concentrations of noble gases such as neon and argon. We can ignore the other gases.

There are several compelling reasons to use pure nitrogen in tires.

First is that nitrogen is less likely to migrate through tire rubber than is oxygen, which means that your tire pressures will remain more stable over the long term. Racers figured out pretty quickly that tires filled with nitrogen rather than air also exhibit less pressure change with temperature swings. That means more consistent inflation pressures during a race as the tires heat up. And when you’re tweaking a race car’s handling with half-psi changes, that’s important.  When your driving your Chevy sedan to work every day…it’s probably not that important.

Some dealerships and tire stores claim that filling your tires with nitrogen will save you money on gas while offering better performance than air. But a closer look reveals that nitrogen has few benefits and much higher costs. For starters, a typical nitrogen fill-up will cost you about $6 per tire.

Visit Ron Westphal Chevrolet on the corner of routes 3o and 34 in Aurora, IL.  We are located right next to Plainfield and Naperville.  We’ll be happy to check your tire pressure at no charge.

Why Nitrogen?
The Get Nitrogen Institute Web site says that with nitrogen tire inflation, drivers will note improvements in a vehicle’s handling, fuel efficiency and tire life. All this is achieved through better tire-pressure retention, improved fuel economy and cooler-running tire temperatures, the institute says.

This sounds great in theory but let’s take a closer look at each of those claims.

Cost and Convenience
Let’s say a person bought a set of tires at Costco, a place that uses nitrogen to fill all the tires they sell. If he needs to top off the tires with more nitrogen, he won’t be able to go to just any gas station. He can use regular air if there is nothing else available, but that would dilute the nitrogen in the tires. He’ll have to go back to Costco and wait until the tire technicians can attend to the car. On a busy day, he could be there awhile.

Nitrogen is free at Costco and at some car dealerships we called, but these are rare cases. We called a number of tire shops that carry nitrogen and found that the prices for a nitrogen fill ranged from $5-$7 per tire. Assuming our consumer was diligent about checking his tires monthly, he could potentially spend about $84 a year on nitrogen alone per tire. Compare that to the most gas stations, where air is free or a 75-cent fill-up for all four tires at the most.

Finding tire shops with nitrogen could be an issue, too. We called a number of large chains, including America’s Tire Co., Discount Tire and Walmart. None carried nitrogen.

Is Nitrogen Worth It?
The air we breathe is made up of 78 percent nitrogen, 21 percent oxygen and a few other elements. To get the desired benefits for tires, nitrogen needs to be at least 93 percent pure, according to nitrogen service equipment providers quoted on Tirerack.com. So we’re basically talking about adding an extra 15 percent of nitrogen and getting rid of as much oxygen as possible.

Based on cost, convenience and actual performance benefit, we don’t think nitrogen is worth it. A much better use of your money would be to buy a good tire-pressure gauge and check your tires frequently. This is a good idea even if you have a tire-pressure monitoring system in your vehicle. The warning lights aren’t required to come on until you have less than 25 percent of the recommended tire pressure. Having the correct tire pressure will get you many of the benefits of using nitrogen and will ensure that your tires last longer.