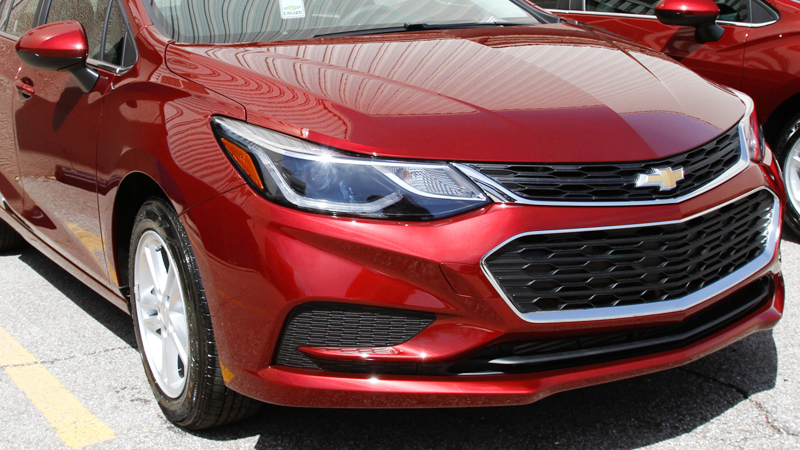 The new year did not change the shift consumer preference.

The new year did not change the shift in consumer preference.

If you are still interested in cars, how about the Chevy Cruze?  It’s awesome and we’ve got an excellent selection at Ron Westphal Chevrolet.  Call our Customer Care Team now to set up your V.I.P. consultation or browse our website anytime.

The Chevrolet Cruze, a compact car built at the General Motors Lordstown Assembly Complex, saw a 45.5 percent drop in sales down to 9,245 from 17,278 sold in January 2017, GM said Thursday.

Cruze production at the Lordstown plant is down today because of an unspecified supplier issue. Production will resume Monday.

General Motors reported a 20 percent year-over-year gain in the crossover segment in January and a 7 percent increase in truck deliveries.

Before advancements in fuel technology, consumers’ concerns over gas prices led them to buy cars.

“There’s really no savings to be had [now],” Chesbrough said.

The road will remain tough for cars, he said.

“I don’t see them coming back anytime soon,” he said.

Chevrolet crossover sales were up 40 percent. The all-new Equinox and Traverse, and the Trax and Bolt EV, all posted their best-ever January sales, the automaker noted.

While the strength of the economy has benefitted the industry, the expected rise in interest rates will result in higher interest rates on auto loans, Chesbrough said. But the increase in take-home pay from the tax reform should benefit the industry.

“The expectation is that consumers this week will start to see more money in their take-home pay [and] in theory that will be a big plus for the economy because people will have more spending money,” Chesbrough said. “Whether it will be a home run for everybody, we don’t know.”