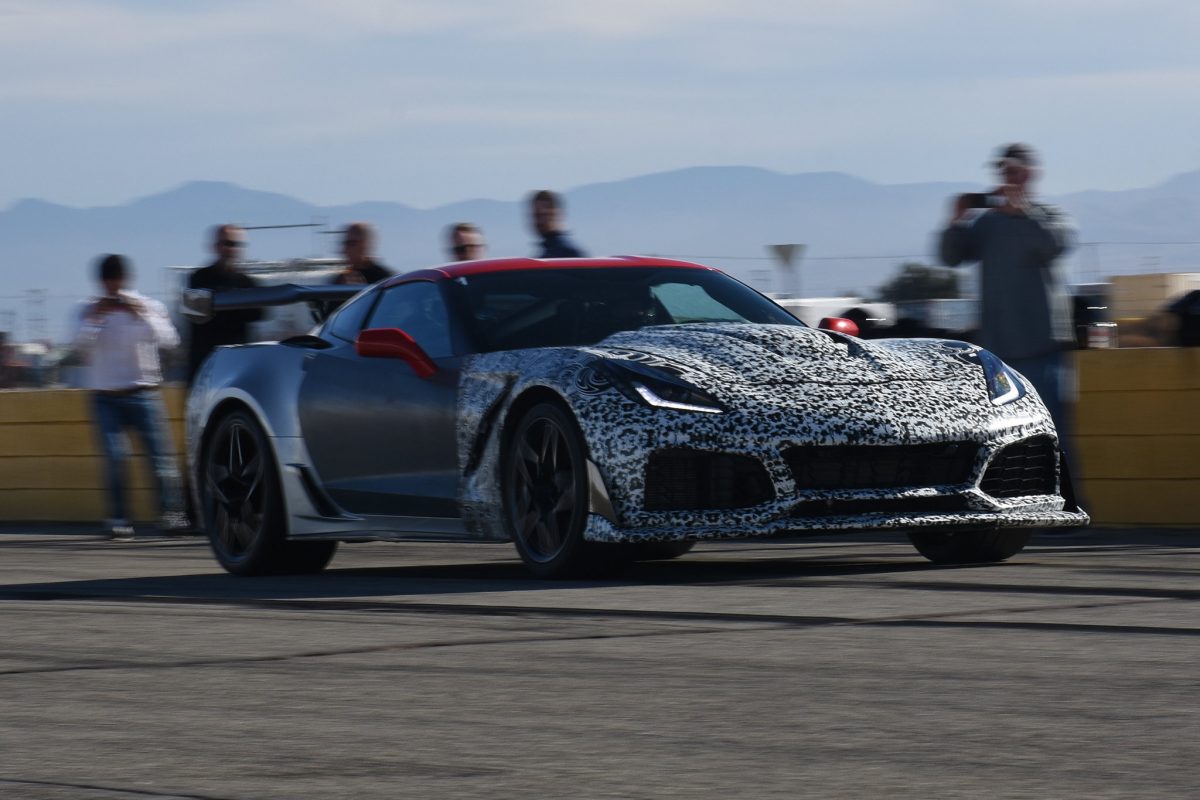 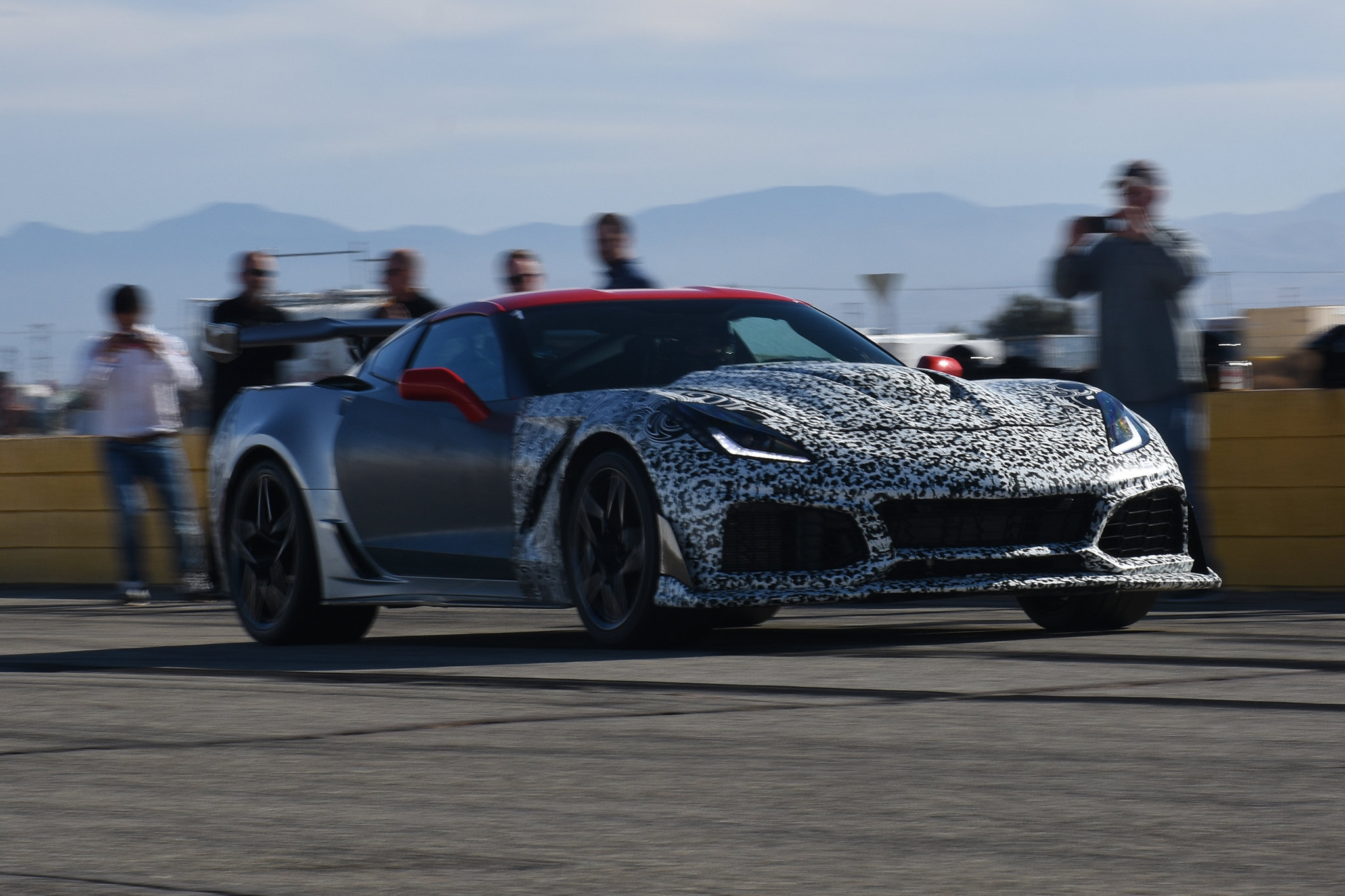 755 hp is a number many didn’t believe would ever be available on a road car. Yet there is a host of supercars, the 2019 Corvette ZR1 is the newest.

ROSAMOND, California—755 hp is a number many didn’t believe would ever be available on a road car. Yet there is a host of road-going supercars that are members of the 700 club, the newest being the 2019 Corvette ZR1. However, where other club members rely on mid-engine traction, the Corvette ZR1 is an old-school battle axe that takes aim at Porsche’s GT2 RS scalpel, Ferrari’s stiletto-like 488 GTB, and McLaren’s 720S sharpshooter. From the passenger seat, the Corvette ZR1 should’ve been called “Normandy: Part Two.”Source: Nabbing a Ride in the 2019 Chevrolet Corvette ZR1 | Automobile Magazine

Looking for a Corvette?  Call our Customer Care Team at 630-898-9630 or visit our website to pick out your perfect muscle car.

HANS secured, helmet strapped, I lowered myself into the pre-production Corvette ZR1, still covered in the camouflage and dirt it acquired during testing in Germany at the Nürburgring. Behind the wheel is Chevrolet’s development driver, Alex MacDonald. After I’m buckled in, I shake Alex’s hand and ask, “So, what can this baby do?” Alex replies, “Watch,” and slams my head into the headrest. Expletives and giggles followed. 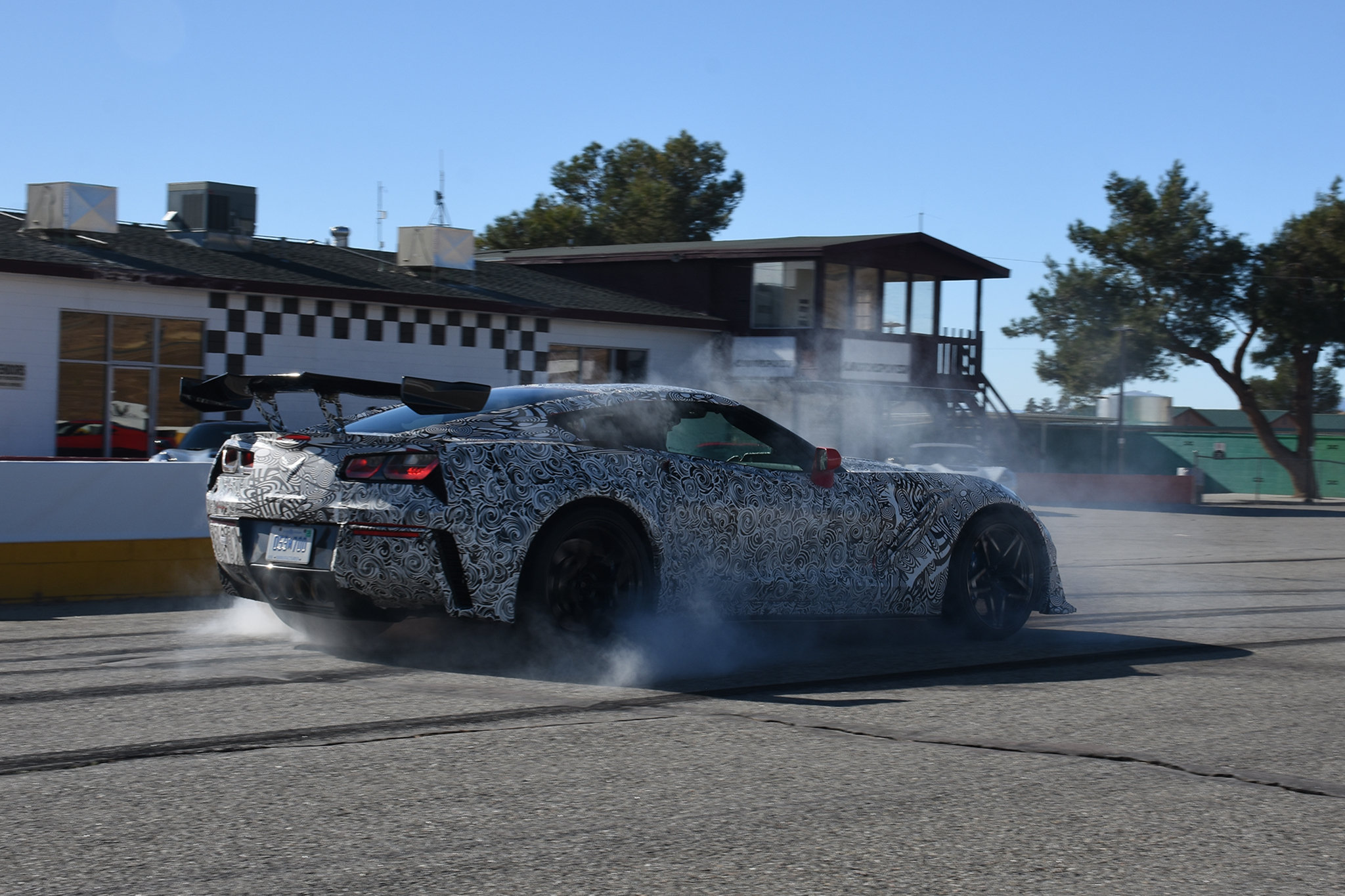 Within a blink of the eye, we’re at turn 1 of Willow Springs International Raceway’s Big Willow course. While Alex isn’t fazed, my eyes haven’t returned to their upright and locked position. The key to the Corvette ZR1’s prodigious propulsion is Chevrolet’s new LT5 supercharged V-8. While much of the LT5 is rooted in the Corvette Z06’s LT4, there are some quite significant departures from the Z06’s supercharged small-block, including the mammoth 2.65-liter supercharger. Combined with a new 73-mm throttle body, a new dual fuel system that uses both direct and port injection, a new oil system, and a few other go-faster bits, the Corvette ZR1 makes a whopping 715 lb-ft of torque along with those 755 horses. 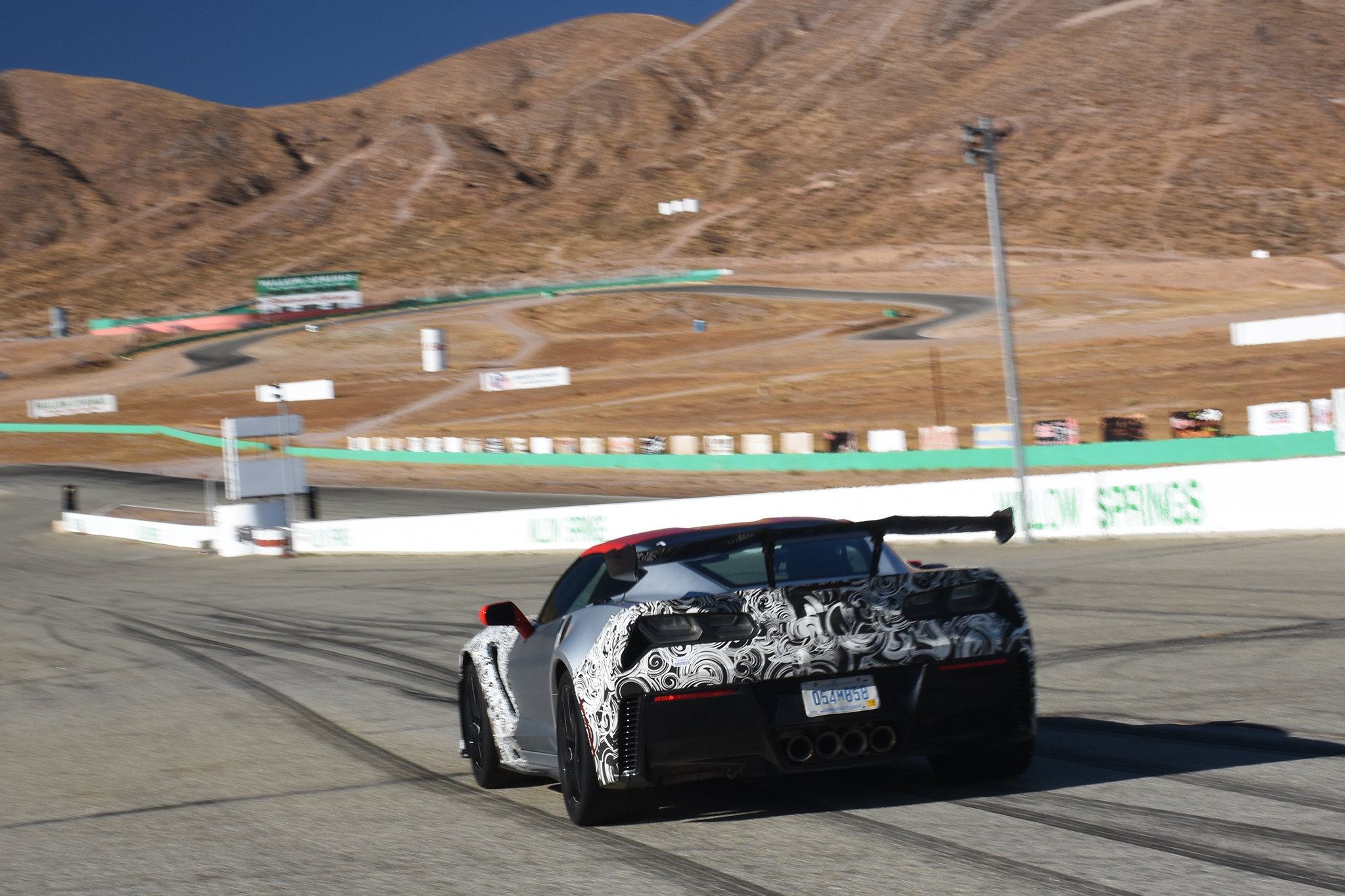 Yet those numbers don’t tell the whole story. Because the new supercharger itself needs 120 horsepower just to turn its screws, according to Jordan Lee, Chevrolet’s small-block chief engineer, the engine is likely generating more than 850 horsepower to produce 755 hp at the crank. Bonkers.

But it isn’t the new Corvette ZR1’s JATO rocket-like oomph that will have Corvette fans shouting “Shut up and take my money!” That will be the ZR1’s organ-rearranging grip and handling.

With Alex standing on the brakes coming into turn 1, I’m glad I waited for lunch. The ferocity at which the Corvette ZR1 changes direction should come with a whiplash clause in every bill of sale. It’s violent. From the passenger seat, in Alex’s capable Alpinestars-begloved hands, it feels like the ZR1 turns in well beyond what the Corvette Z06 is capable of. That’s down to not only the Michelin Pilot Cup 2 tires, double heat-treated Brembo-sourced carbon ceramic brakes. It’s also thanks to the new ZTK Performance aerodynamic package, which starts producing noticeable downforce at just 50 mph.

Big Willow may be a power circuit, but power means nothing if you can’t keep that power suction-cupped to the tarmac. The ZTK Performance Package ($2,995) does just that. Through every turn, the ZR1 felt as if it was stapled to the racetrack’s surfaces. Even through turns 5 and 6, where some cars get airborne thanks to a dimple in the surface, the Corvette never lost traction or broke its bond with the pavement. Even more impressive was the ZR1’s suction through turns 8 and 9. As I strained to keep focus on everything going on around me, I saw Alex peg the Corvette’s speedometer at 144 mph through the turns. It never wavered.

My hot laps complete and a smile plastered on my face, I hopped out of the spartan pre-production interior and out into the sun-drenched pit lane. Tadge Juechter, the chief engineer for Corvette and Camaro, came up to me first and asked, “Well, what do you think?” I replied, “I’ll let you know when my brain returns to its normal position and my eyesight returns.”

After a few minutes of pondering on my very brief ride-along, I thought about a story Juechter relayed before our ride. Today’s auto industry spies have telephoto lenses and networks of informants that leak details months before anything is supposed to be released. To combat these disclosures, manufacturers have turned to code names to obfuscate their plans. When developing the 755 horsepower Corvette, GM reached into its more pedestrian parts catalog to obscure its bitchin’ all-new supercharged LT5 V-8 meant for the ZR1.

According to Juechter, when the first LT5 engine mules were being developed, the engineers adorned the LT5’s supercharger with BAS, or Belt Alternator System. The acronym comes from Chevrolet’s truck department, functioning as part of the start/stop system to aid in efficiency, something a supercharged V-8 engine isn’t known for. The engineers gave it a better meaning: Bad-Ass Supercharger. But after getting a few passenger-side hot laps, at least until we drive it, we think it should be changed to Bad-Ass Supercar, as this Corvette is an American GI, storming Europe’s beaches bayonet in hand.