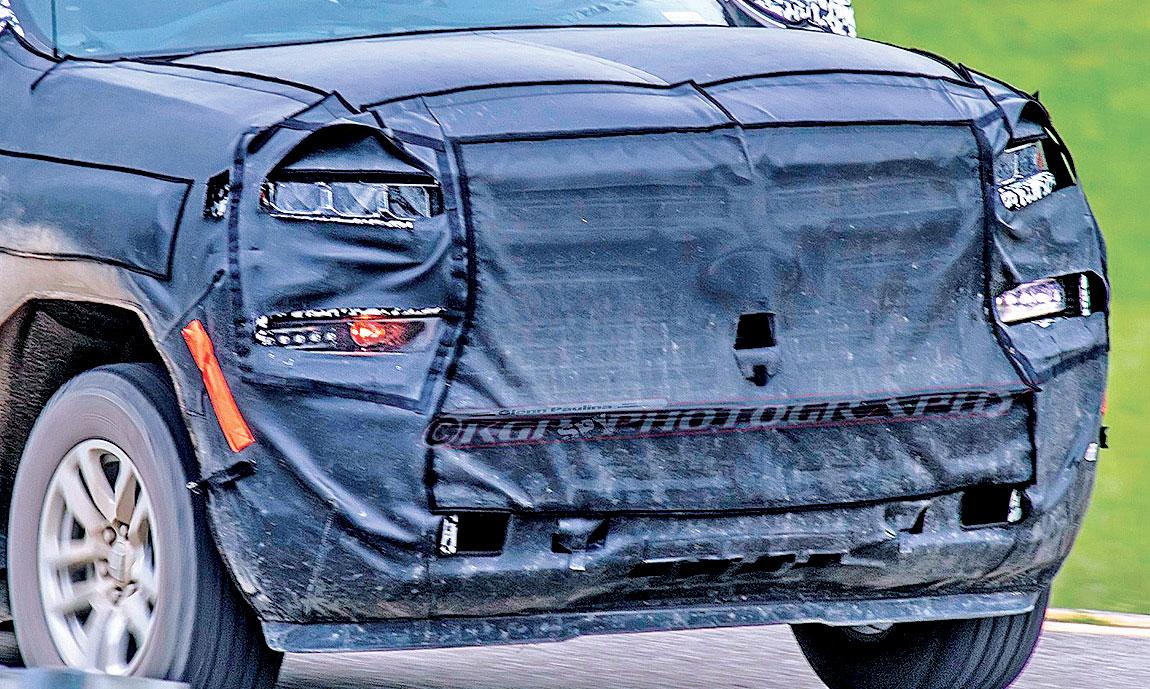 The front end of Chevrolet’s redesigned Silverado coming next year looks to have a less rectangular shape than the current generation.

DETROIT — The front end of Chevrolet’s redesigned Silverado full-size pickup coming next year looks to have a less rectangular shape than the current generation, with headlights that slant toward the center of the grille.

A test vehicle photographed while being driven on Detroit-area roads recently was heavily camouflaged and disguised to mimic a Ford F-150, though some details were discernible. Similar to today’s version, the truck maintains an LED light strip below the headlights.

Much of the rear was hidden, but a side exhaust indicates that General Motors is testing additional engine options, as previously photographed test vehicles had twin exhausts pointing straight back.

Inside, the vertical instrument panel is configured almost identically to that of the current version, with a large touch screen above buttons and knobs for the audio and climate controls.

The display above the steering wheel is covered, which could mean that GM plans an upgrade to digital screens there from the analog gauges on today’s Silverado.

GM is expected to launch the redesigned Silverado and GMC Sierra in the second half of 2018.

Looking for a Silverado now?  Visit Ron Westphal Chevrolet in Aurora, IL or call our Customer Care Team at 630-898-9630.

The company is temporarily shutting each of its pickup plants for several weeks in the third quarter to retool, an indication that the next generation is drawing closer.

Source: A hint of what’s happening with Silverado