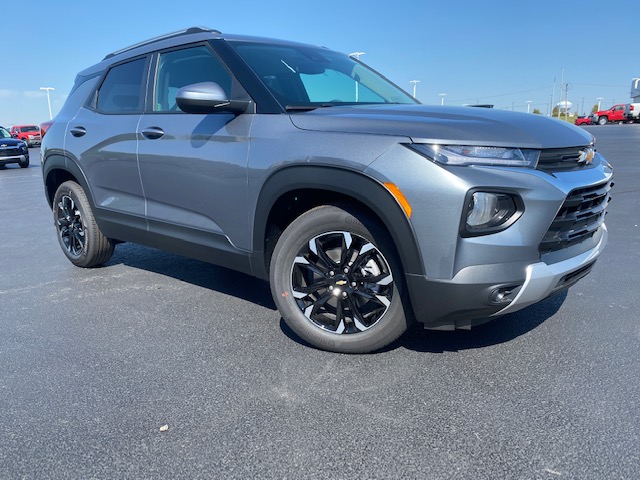 The Chevrolet Trailblazer or TrailBlazer is a mid-size SUV produced by Chevrolet, a division of General Motors. The nameplate was first used in North America from 2001 to 2008, when it was replaced by the Traverse crossover SUV in 2009.  The complete Chevrolet Trailblazer History has yet to be written but here’s what we know so far.

The first generation 2002–2005 TrailBlazer is based on a truck platform called GMT360, with all models having four-wheel-drive layout as an option with both automatic engagement and the more traditional “2 High”, “4 High” and “4 Low” gearings, except the SS model which features an all-wheel-drive system.

The TrailBlazer was also available as a 3-row, 7-passenger EXT version. This vehicle was 410 mm (16 in) longer and had a higher roofline to allow easier access to the third row of seats. This roof was disguised by standard roof racks.

The TrailBlazer was discontinued in 2009 with only 22,287 yearly American sales at that time.

The All-New, redesigned Trailblazer made its North American debut at the Los Angeles Auto Show in November 2019, and sales began in early 2020 as a 2021 model year vehicle. There are five trim levels available: L, LS, LT, Activ and RS. The latter two came standard with dual exhaust and top of the line features.  The Activ and RS models also feature a two-tone roof.

Sales were so brisk for this new crossover that it was the fastest selling vehicle in America early 2020 – selling within 48 hours of arriving on dealer’s lots – on average.