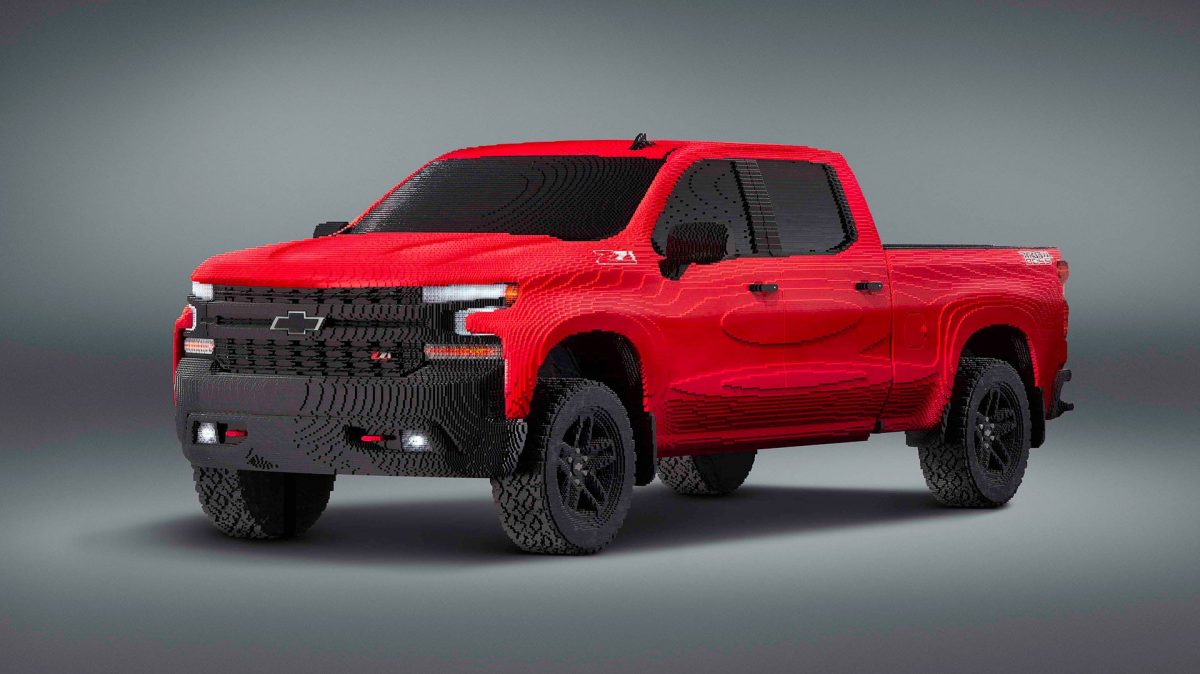 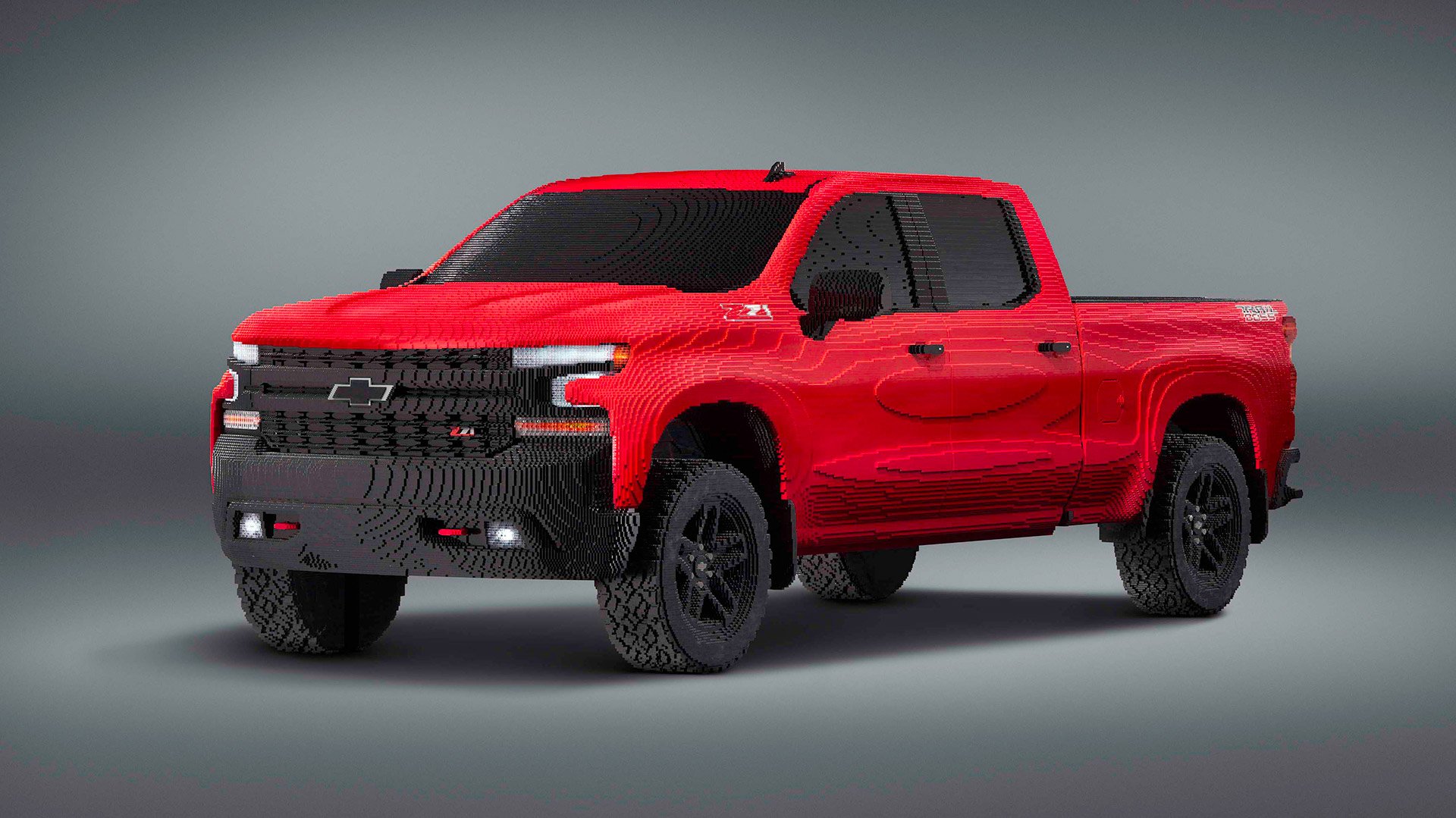 Have you ever looked at the 2019 Chevrolet Silverado 1500 LT Trail Bossand thought, “yes, but what if it was made out of Lego?” Well friends, wonder no more. Debuting at this year’s Detroit Auto Show is a full-size Lego reproduction of the new pickup truck from the General.

The replica Silverado is constructed from 334,544 bricks that were each hand-selected by a specially trained builder. When assembled, the truck weighs 3,307 pounds. For reference, the base weight of a Silverado crew cab is 5,008 pounds. It took 18 builders over 2,000 hours to assemble the truck, which is longer than it takes for a Silverado to roll down the assembly line in Fort Wayne. The most common component used in the assembly of the model was a red 2×8 stud brick. 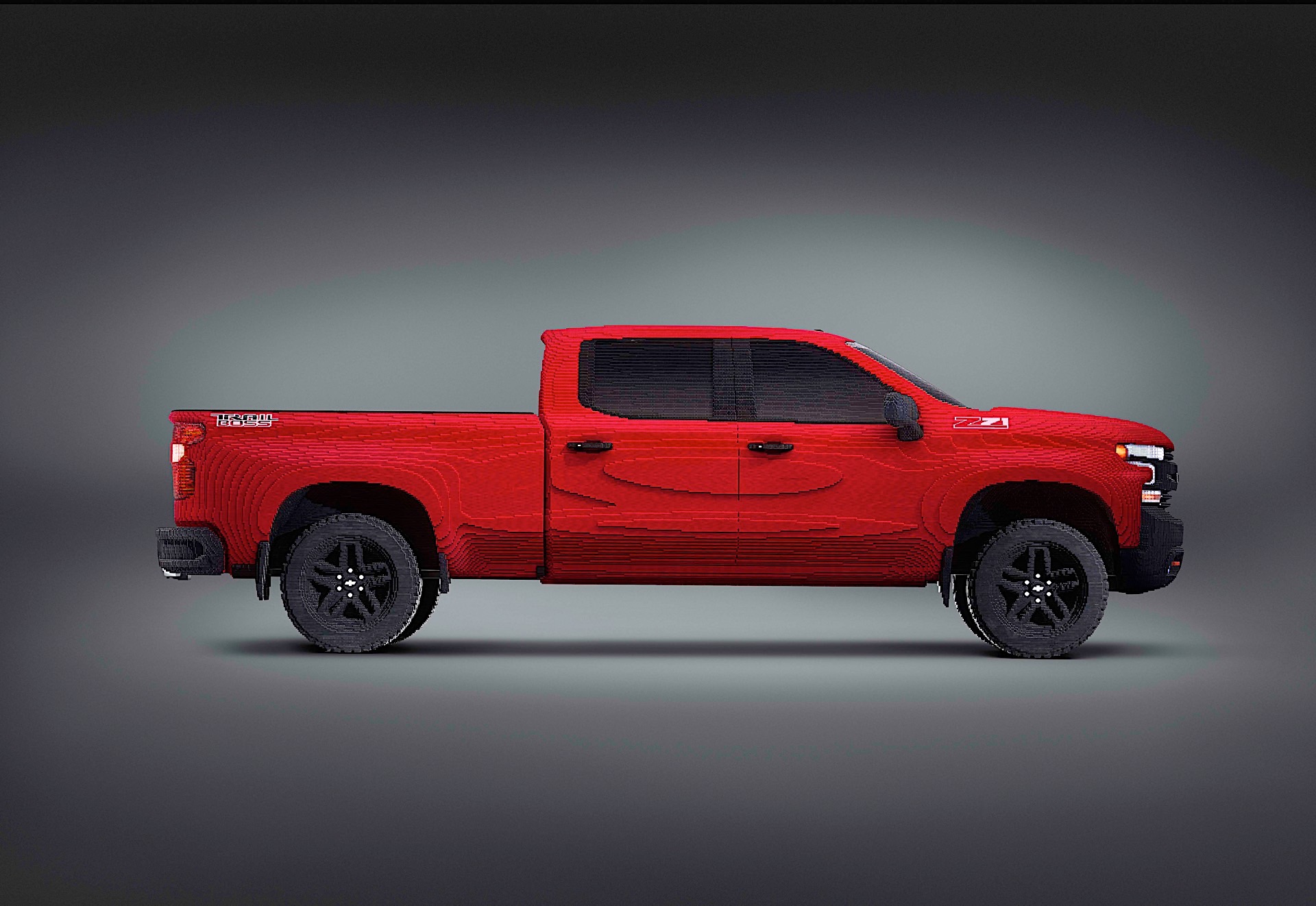 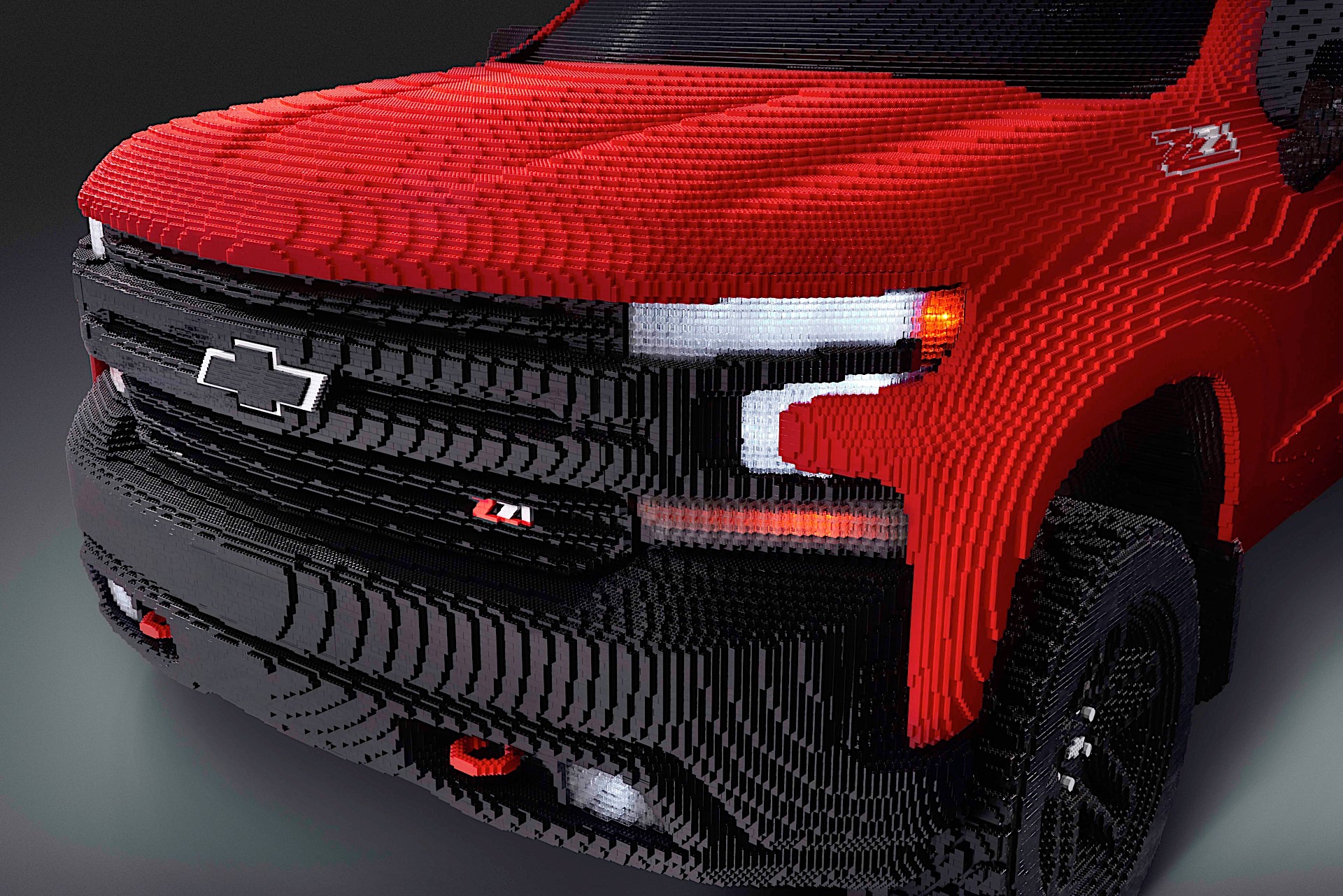 It’s like the real thing, just with interlocking plastic bricks instead of steel and aluminum.