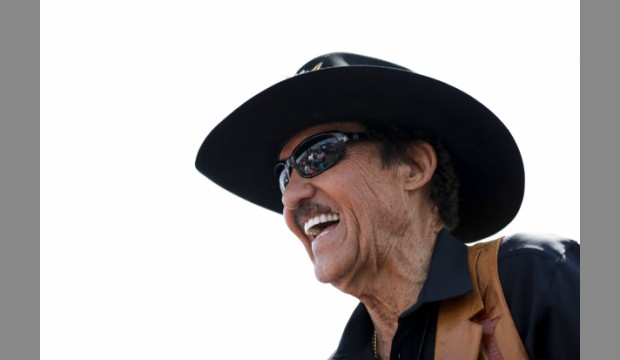 A A lot of the future for Richard Petty Motorsports remains unclear, but one thing is for certain – the team will be moving.

A lot of the future for Richard Petty Motorsports remains unclear, but one thing is for certain – the team will be moving.

Team officials confirmed to Motorsports.com it will not renew its lease at their current 78,000 square-foot facility in Mooresville, N.C., that used to be home to Robert Yates Racing. Where RPM ends up probably will depend on it figuring out if it will retain sponsorship from Smithfield Foods, who will drive the famed No. 43 and what manufacturer the team picks.

RPM’s contract with Ford expires at the end of the season. The team reportedly is contemplating a move to Chevrolet – as well as relocating near Richard Childress Racing in Welcome, N.C. The two teams then could create a technical alliance.

Ron Westphal Chevrolet’s future is very clear – We want to be your dealer from start to finish!  Visit our website or call our customer care team to set up your V.I.P. appointment.

The shift is a response to the shrinking sponsorship dollars in the sport and a lack of success. Petty only has one victory since 2014, and that was Aric Almirola’s rain-shortened victory at the 2014 Coke Zero 400 at the Daytona International Speedway.

Smithfield’s deal with RPM also is up at the end of the season. While the Virginia-based company said it would reduce its reported current investment of as much as $12 million a year, several teams are making sales pitches.

Not only is Almirola not certain about his future, but former truck and Xfinity series driver Darrell “Bubba” Wallace Jr. is in limbo as a possible replacement.

Jeremy Clements’ unexpected victory last Sunday at Road America sent shock waves throughout NASCAR. Not only did it shake up the playoff picture for the Xfinity Series, it drew rave reviews from other drivers.

Clements was making his 256th career start in the series. He and Matt Tifft spun off track coming to the white flag while fighting for the lead, but Clements was quicker to recover and win the race.

The No. 51 Chevrolet, originally built in 2008, is owned by the 32-year-old driver and his father, Tony Clements.

Earnhardt posted, “Wild finish. Awesome to see small teams do big things,” on Twitter, while McDowell wrote: “Really awesome for him and his family. Legit underdog team and driver got it done today.”

Clements was quick to remember the 15-year struggle to win his first NASCAR race.

“I drive for a small family team,” Clements said. “Just to get a win in any of these starts is amazing. To even be here is very hard. We’ve got to make a lot of sacrifices.”

Clements joined Ryan Reed, Justin Allgaier and William Bryon as drivers who’ve clinched a spot in the playoffs with a victory, while Elliott Sadler has qualified on points. That leaves seven remaining spots with just three races to go in the regular season.

If a non-winner who’s committed to the Xfinity championship wins at either Darlington, S.C., Richmond, Va., or Joliet, Ill., the spots will be filled by the highest-ranking drivers in the standings.