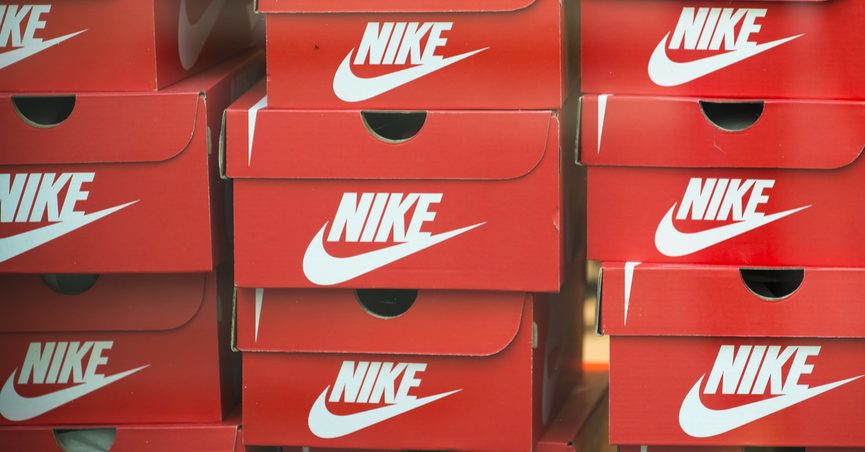 People looking to boycott Nike-owned companies may want to avoid Converse and Hurley products, but no need to trade-in your Chevrolet vehicle.

In September 2018, many social media users joined in calling for a boycott against Nike after the sports apparel company featured controversial former NFL quarterback Colin Kaepernick in a new commercial. As images and videos purportedly showing these protesters burning Nike apparel started to circulate on the internet, a message suggesting that these individuals also get rid of their Chevrolet vehicles — because Nike ostensibly owned that automobile manufacturer — went viral on Facebook: 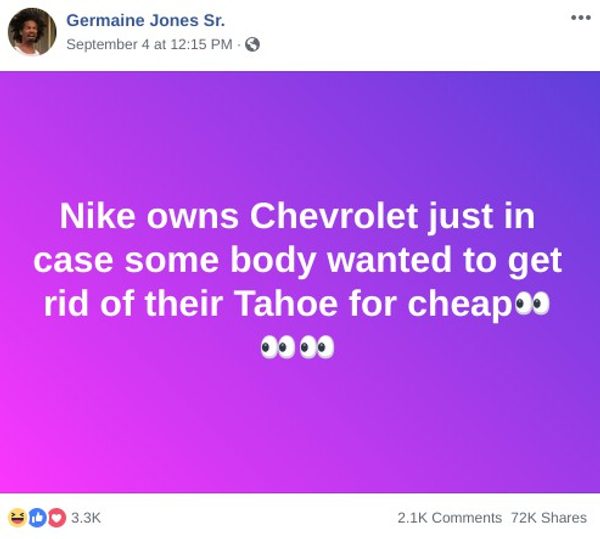 This simply isn’t true: Nike does not own Chevrolet.

Nike is one of the largest apparel businesses in the world, and over the years they have acquired a number of related companies, such as Converse and Hurley. However, Nike does not own any car companies, let alone Chevrolet. Chevrolet has been a division of the American automobile manufacturer General Motors for about a century now.

The claim that Nike owns Chevrolet was made up out of whole cloth in order to “troll” the individuals who were boycotting Nike over their sponsorship deal with Colin Kaepernick. A similar jape was circulated around the same time which claimed that Ford USA had “followed Nike’s lead” and hired Kaepernick to star in their new ad campaign, but that rumor was also merely a joke aimed at mocking contemporary protests against Nike.