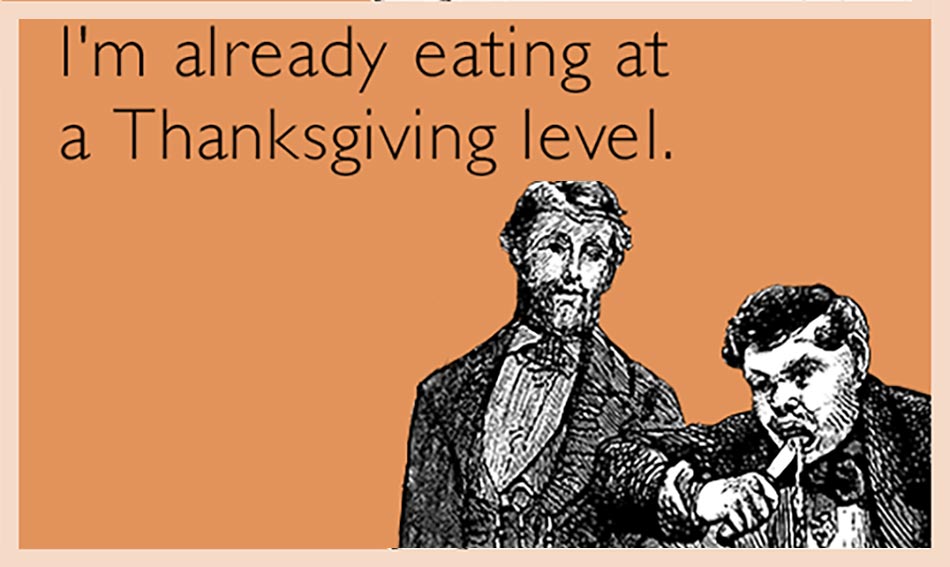 After you finally put down the fork…remember we are open on Friday and we’ll be chomping at the bit to make some sales!
Friday Hours: Sales 9-9, Service/Parts 7-7.
No appointment needed for oil changes!

Hope you enjoyed our funny Thanksgiving meme.  The entire staff at Ron Westphal Chevrolet wishes you and yours the very best during this Holiday Season.

FUBAR.  I haven’t heard that phrase in years.  Remember the movie it came from?  Tango and Cash I believe.  Wow…how long ago was that?  I’ll tell you–it was Dec 22, 1989!  Nearly 30 years ago.  I don’t remember the whole movie, just bits and pieces.  And, I think it would probably be a pretty corny flick by today’s standards.  But then, what 1989 movie wouldn’t be?  Well, let’s see…there’s The Abyss, Driving Miss Daisy, Born on the Fourth of July and many more.  All released in 1989 and not quite so hokey.  OK…whatever.  I remember I enjoyed the film in 1989 even if I wouldn’t like it so much today.  And we did get FUBAR out of the whole thing.  That’s gotta be worth something, right?

Actually FUBAR is the third level of disaster. It is an unofficial military term.  This phrase did not originate in the movies.  It came to be on the battlefields.  FUBAR MEANS: ****** Up Beyond All Recognition.  And, that’s just not the case with this custom Cavalier.  Watch the video.  It’s short and interesting.

If a twin engine Cavalier is not your thing…visit Ron Westphal Chevy in Aurora, IL and check out the Chevrolet Cruze.  Only one engine and it’s a good one.  Call us today at 630-898-9630 to schedule a no-obligation test drive.