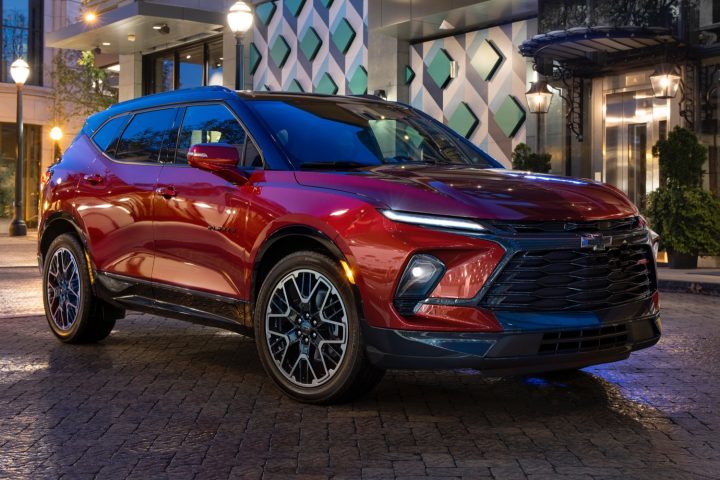 General Motors has pulled the veil off the refreshed 2023 Chevy Blazer, which arrives with revised front and rear fascias, different LED headlights and taillights and a new infotainment display.

The most apparent changes applied to the 2023 Chevy Blazer have happened outside, where the mid-size crossover has received a restyled front bumper with different LED headlights and daytime running lights and a revised grille design. Customers will also be able to choose from new 18-inch, 20-inch and 21-inch wheel designs and five new exterior colors, including Fountain Blue, Sterling Gray Metallic, Copper Bronze Metallic and Radiant Red Tintcoat. 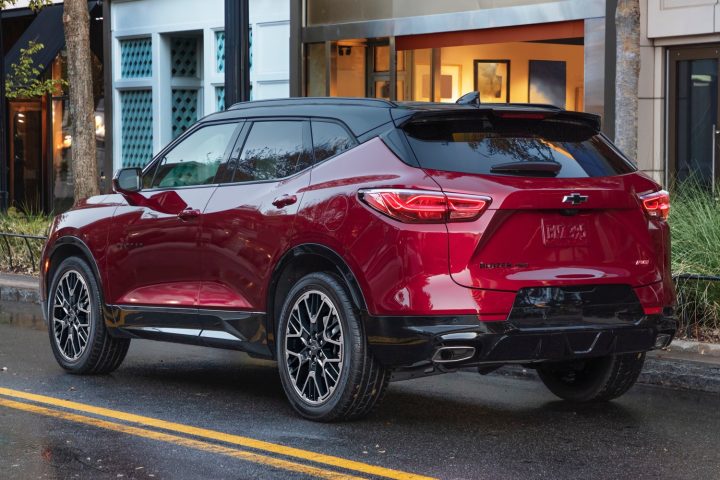 Inside, the 2023 Chevy Blazer features an all-new 10-inch diagonal infotainment screen, which is standard across all trim levels. A new wireless charging pad is also now available as an option across all trim levels and will come standard on the well-equipped RS and Premier. A new Nightshift Blue interior is now offered on RS trim levels, as well, which we imagine will appear similar to the Nightshift Blue interior offered on the refreshed 2022 Chevy Silverado 1500. 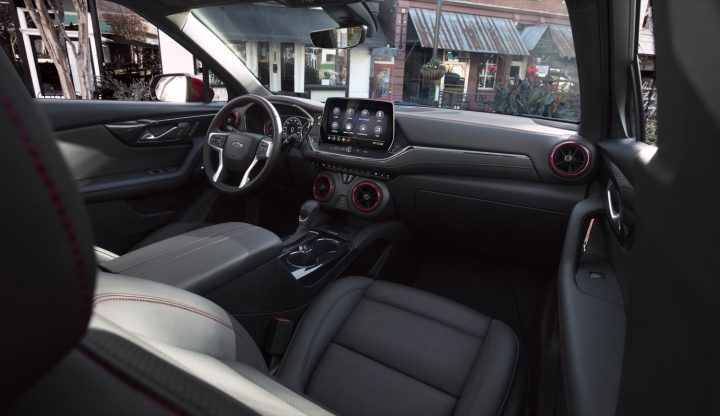 GM’s turbocharged 2.0L I4 LSY gasoline engine is standard in the 2023 Blazer 2LT, 3LT and Premier, producing 228 horsepower and 247 pound-feet of torque. The naturally aspirated 3.6L V6 LGX gasoline engine, meanwhile, is standard in the RS trim level only and available as an option in the 3LT and Premier. The LGX V6 is rated at 308 horsepower and 270 pound-feet of torque. Both of these engines come paired with the GM nine-speed automatic transmission with front-wheel-drive standard and all-wheel-drive available for a price premium.

Production of the 2023 Chevy Blazer will continue to take place at the GM Ramos Arizpe plant in Mexico. Pricing for the refreshed 2023 Chevy Blazer is expected to be similar to that of the 2022 model year, starting just shy of $30,000. As GM Authority reported previously, the entry-level Blazer L and LT trims will no longer be offered from the 2023MY onward.

Look for the 2023 Chevy Blazer to begin arriving at dealers in the U.S. later this year.