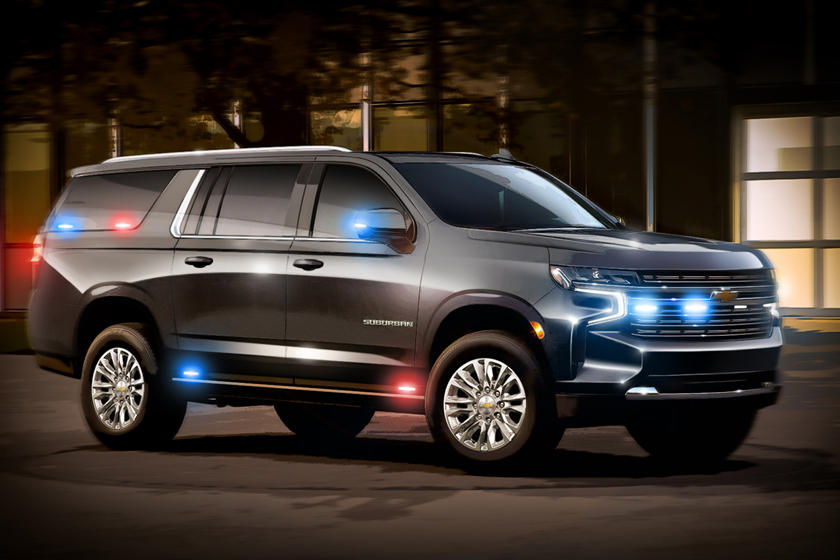 GM will build ten of the heavy-duty Suburbans for Diplomatic Security.

GM Defense, a subsidiary of General Motors, was recently awarded a contract to develop next-generation SUVs for the government’s fleet.

Looking for a new Suburban?  Visit the Ron Westphal Chevrolet website or drop by our showroom.  You can always call our Customer Care Team at 630-8987-9630 to see which Suburbans are inbound and when they are arriving.  FYI – all OUR new Suburbans are LESS than 3.6 million.

This specific contract was awarded by the US Department of State, and the vehicles will be built to support the Diplomatic Security Service. Diplomatic Security is a federal law enforcement agency charged with securing diplomatic assets and personnel. In 2020, GM Defense also got the contract to build the army’s new infantry squad vehicle based on the Chevrolet Colorado ZR2. That particular contract was more extensive and, at the time of writing, valued at $213.4 million. The eventual goal was 2,065 vehicles.

The total value of the new contract is worth $36.4 million, which GM Defense will use to build ten heavy-duty Chevrolet Suburban models over the next two years. That works out to roughly $3.6 million per Suburban.

Why so much for a Suburban, which costs around $52,000 from the showroom floor? While it may look like a Suburban with police lights, there’s a lot more going on that the eye can’t see.

GM will use heavy-duty parts developed for its full-size pickup trucks to upgrade these Suburbans for government use. These parts include body panels, engines, interior components, and brakes. The HD Suburban will also be built on a unique body-on-frame chassis, which will cater to the needs of the Diplomatic Security Service. It’s sort of like the President’s car, but not quite as extreme.

According to GM Defense, it will use advanced manufacturing techniques to reduce the overall cost of the program. These techniques will also help them with future customer demands in this niche low-volume section.