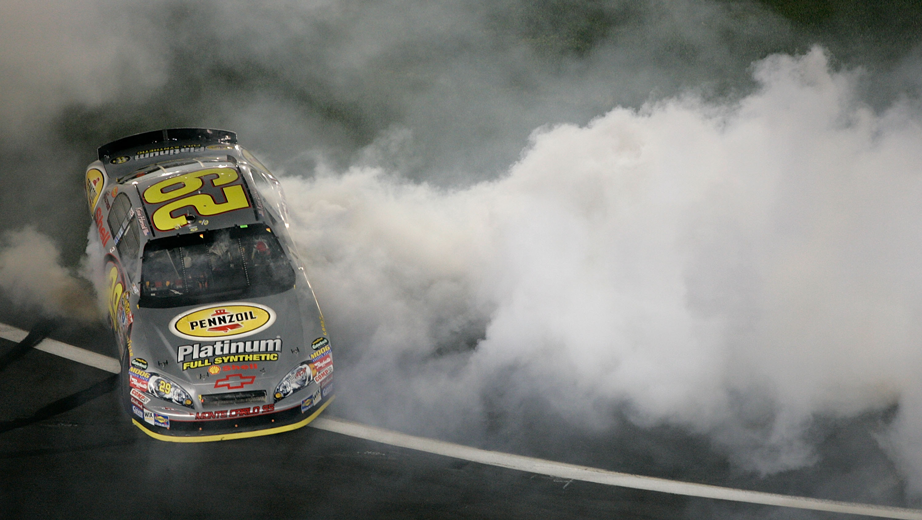 This weekend’s running of the Monster Energy All-Star Race is an anniversary for Chevrolet and many of the teams aligned with the automaker.

Want your own Nascar-inspired ride?  Visit Ron Westphal Chevy in Aurora, IL or call our Customer Care Team at 630-898-9630 to set up your V.I.P. appointment.  Of course you can always visit us online.

Ten years ago, Chevrolet scored its first victory with the R07 engine, a new piece designed to replace the outdated, although still formidable, SB2.

Kevin Harvick, driving the No. 29 Chevrolet for Richard Childress Racing, won the event, known then as the Nextel All-Star Challenge, at Charlotte Motor Speedway.

Success in a points-paying event wasn’t far behind — the first points win for a team using the R07 came a week later when former Hendrick Motorsports driver Casey Mears captured the Coca-Cola 600 at CMS.

Chevrolet teams won 23 races the previous year, the first season of a five-year title run for Jimmie Johnson. In ’07, with teams transitioning to the R07, eight of the manufacturer’s 26 wins came with the new engine under the hood.

“We had two things occurring in the 2007 season; Chevrolet had new engine hardware approved in the R07 and the second was we were rolling out the Car of Tomorrow,” Doug Duchardt, general manger for HMS, told NASCAR.com. “So as the season began we started thinking about how we wanted to combine those two. We knew the R07 had more power potential so we focused on getting those engines into the previous car, the non-COT races, because those were more intermediate races.”

The COT debuted that year at Bristol and was run on all tracks under 1 mile, as well as Darlington (1.366 mile), road course races at Sonoma and Watkins Glen, and the fall stop at Talladega.

“We felt like that while there was an advantage obviously to have more power, that if you were at a Richmond or Bristol or Martinsville, that’s not as big as say Charlotte,” Duchardt said. “So at the beginning of the year we focused on getting that rolled out for the intermediate tracks.

“As we started running them and saw the potential in the engine, we thought it was going to take longer to roll out. But the thing I remember is … when we first started running them everyone knew what the potential gain was. We put the carrot out there to the engine shop of, ‘We’d like to have this rolled across all of our programs by the 600.’ We thought it was a stretch to get there. And when we put that vision out there, that goal, it was amazing how everyone focused on that and worked to achieve it.”

With Toyota teams arriving on the Monster Energy NASCAR Cup Series level that season, other OEMs had been given new parameters on which to build their engines to keep a level playing field.

“It was really just a matter of seeing the writing on the wall, the limitations of the architecture of the SB2 and knowing that we were going to have to keep up with something that had more capability that really drove us in that direction,” said Pat Suhy, Chevrolet Racing NASCAR group manager.

“We didn’t just look at them and say, ‘Oh crap!’ We knew architecturally that the SB2 was challenged. And we had evolved designs of a small block before Toyota showed up. But them showing up with their part is what I think kind of forced NASCAR’s hand, if you will, to let the other OEMs do significant architectural changes to our stuff in order not to be left behind.”

“Because there’s always buyer’s remorse, right? You get this new engine and, ‘Man, it’s got to be at least as (good as) the old one. I hope it’s better.’ We had a few teething pains at the very beginning. Getting the first win under your belt, it’s like with anything, you breathe a sigh of relief and say, ‘Good, now we can get on.’ Not question if it’s as good; let’s make it better now.”

Likewise, getting the win in the 600 the following weekend, Duchardt said, was special.

“I always say the engine guys have it a little easier because we had a real simple and accurate way to measure the performance of the engine, and it’s on the dynamometer,” he said. “So we could understand the power, the torque, the fuel efficiency of the engine. So we knew by every measure that this was as good or better in every aspect. If you weren’t having success with it, it wasn’t because it was an inferior product to your previous one, it was because of other reasons.

“Once we saw that it was a better product than the SB2, then we had confidence in it moving forward. The fact that we won that race was just icing on the cake.

“I think it was Casey’s only win so that was really special, it was the National Guard car, Memorial Day … If you add all that in and the work to be ready for it, it was a special day all around.”