1969 Corvette Coupe:  It’s always interesting to learn how car guys found their way into this hobby, and it’s even more interesting when you narrow it down to certain makes, like our beloved Corvette. Sometimes, being a “Corvette guy” isn’t in the blood, and it takes a small slice of divine intervention to bring a man and a Corvette together. Such is the case with Bill Adams, a man who bought a brand-new 1969 Corvette when he really wanted a Chevelle. It must’ve been a good decision because he kept the Corvette for many years, and handed it down to his son Brian, who recently restored it to the “better than new” condition you see here.

So how exactly does a fellow who wants a Chevelle end up with a Corvette? You may think it was just a good salesman at the dealership, but the story goes a little deeper. Bill’s uncle worked at a local Chevrolet dealership in the ’60s, so he had high hopes of buying a new 1970 Chevelle with the famed LS6 big-block. He went back and forth with the dealership to nail down a very distinct option list, topped off with a 450-horsepower big-block. The dealership couldn’t get it worked out with the Central Office, and meanwhile the heater core went out on Bill’s daily driver: a 1965 Caprice. Bill’s uncle told him to come by the lot and pick out a new car to get him out of a jam. As Bill drove onto the lot, a LeMans Blue 1969 Corvette sat there waiting for him. His uncle had already worked out a deal on the car—it was an L46 small-block car (350ci, 350-horse), backed by an M20 Muncie four-speed manual transmission and a 4.11:1 gearset. 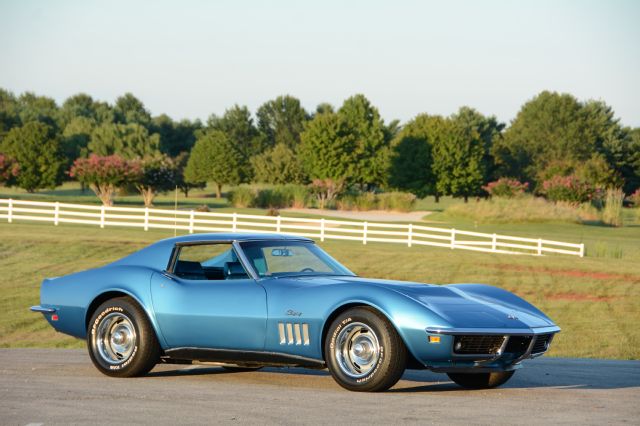 It was not love at first sight, as Bill’s first impression of the car wasn’t living up to the expectation of the big-block Chevelle he was dreaming about. He took the Corvette home over the weekend and brought it back to the dealership before anyone arrived on Monday morning. He parked it directly in front of the door, threw the keys in it and locked the doors. It took the dealership most of the day to break into the car and get it moved out of the way, so they could open the showroom doors. Bill eventually bought the car.

Despite Bill’s initial disapproval, he warmed up to the car and gave it some personality with a set of 15×8 and 15×10 Ansen slotted mag wheels and super-wide Goodyear Polyglas tires. It never had fender flares, so intense driving situations caused the tires to rub on the wheel openings. And let’s just say there were plenty of intense driving situations with Bill behind the wheel. 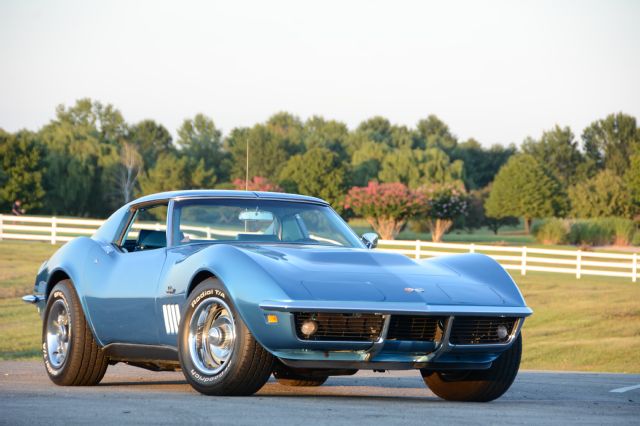 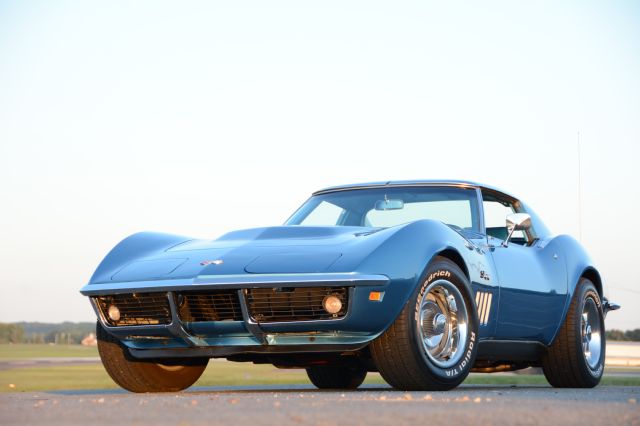 Perhaps the most significant moment in the car’s history was a high-speed police chase through a small town in Ohio. He pulled out from a local cruising spot, and in an apparently routine move, he zinged the small-block and dumped the clutch. He claimed he never knew anyone was chasing him, but he didn’t slow down until a line of police cruisers brought his high-speed run to an end. Bill had quite a stack of charges, and would have his driver’s license suspended because of the incident. When he got his license back, he decided to give the car a custom patriotic paintjob to hide from the local police department—because a red, white and blue Corvette would blend in nicely.

Although Brian was around to see this car’s complete timeline, the last time he can remember his dad driving it was July 4, 1976. After that the car was parked, and Brian’s lasting memories include the car serving as a storage shelf. It sat for more than 30 years, and it took an unfortunate circumstance for the car to get the attention it deserved. Brian lost his dad to cancer a few years ago and while restoring this car seemed like a fine idea it took a while to get the nerve to start on it. 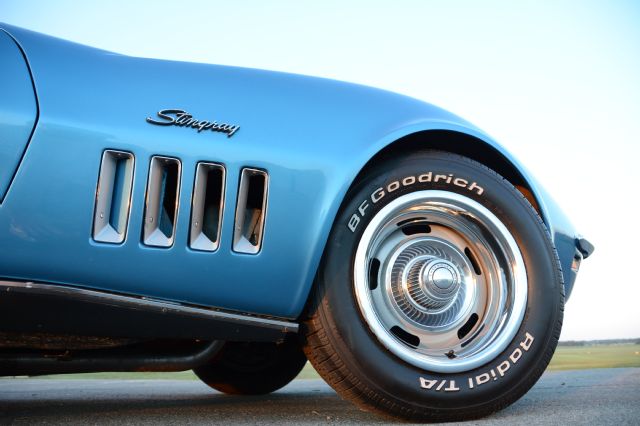 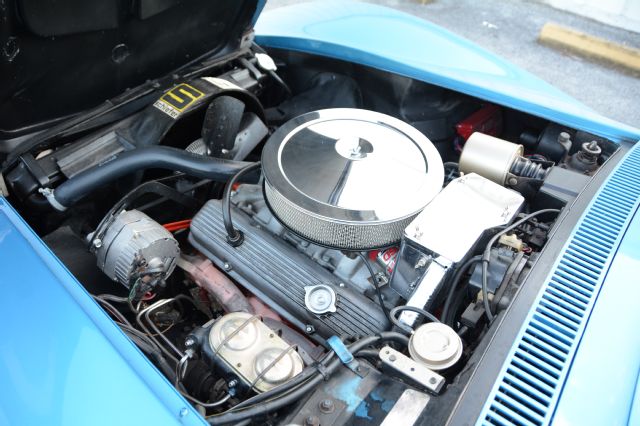 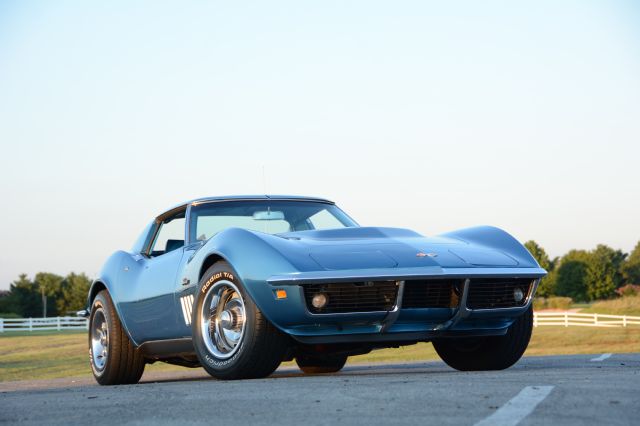 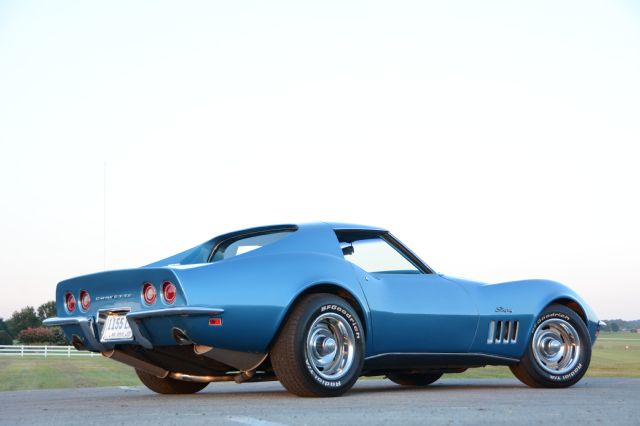 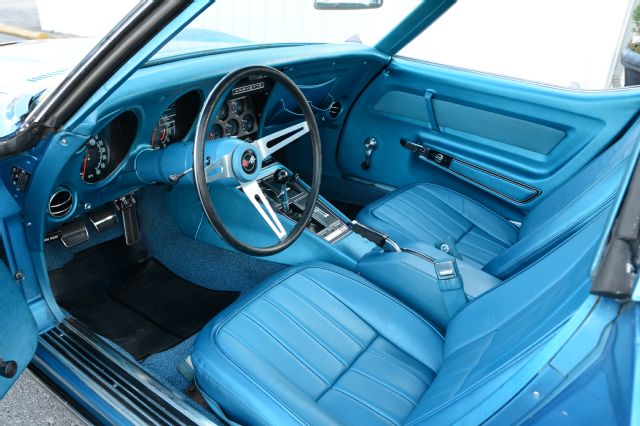 Brian Adams restores the 1969 Corvette coupe that his father bought new, making it better than original with a few modern updates.

Want to create your own Corvette history?  Visit our website and pick out your dream Corvette!